A tribute to Nate Dogg a Celeb Legend 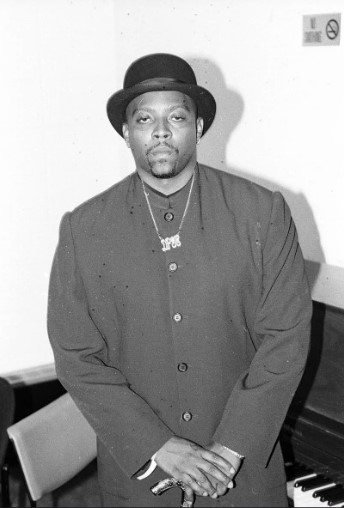 Nate Dogg, whose real name was Nathaniel Dwayne Hale, was an American rapper, singer, and actor. He was born in Clarksdale, Mississippi in 1969, and later moved to Long Beach, California where he would become a prominent figure in the music scene. He began his music career in the early 1990s as a member of the hip-hop group 213, along with Snoop Dogg and Warren G. The group released one album together in 2004, “The Hard Way.”

Nate Dogg was known for his smooth and melodic singing style, which he often used to provide the hook or chorus for many of his songs and collaborations. He was a sought-after collaborator and was featured on numerous songs by other artists, including Dr. Dre, Eminem, and 50 Cent. Some of his most notable collaborations include “The Next Episode” by Dr. Dre, “Regulate” by Warren G, and “21 Questions” by 50 Cent. He was also known for his distinctive voice, which has been described as “gravelly” and “husky.”

Throughout his career, Nate Dogg received critical acclaim for his work and was recognized for his contributions to the music industry, winning several awards and nominations. He also made appearances in films and television shows, including “Half Baked,” “Training Day,” and “The Wash.”

Sadly, Nate Dogg died on March 15, 2011, at the age of 41 due to complications from multiple strokes. His death was met with an outpouring of grief and tributes from fans, fellow musicians, and industry professionals. His legacy lives on through his music and the many artists who have been influenced by his work

Nate Dogg’s career in the music industry spanned over two decades and he became one of the most recognizable voices in hip-hop and R&B. He was known for his ability to blend different music styles, including R&B, hip-hop, and soul, to create a unique sound that was all his own.

Nate Dogg’s influence on the music industry can be seen in the many artists who have cited him as an inspiration and have featured his music in their own work. He was also known for his philanthropy and community work, and was involved in several charitable organizations.

After his death, many tributes were paid to Nate Dogg from fans, fellow musicians, and industry professionals. His music continues to be celebrated and his influence on the music industry is still felt today. Many consider him as one of the most important figures in the G-Funk era, an influential subgenre of hip hop characterized by a slow and heavy bass, soulful and melodic harmonies and lyrics that often dealt with the street life of the inner city.

Nate Dogg was a true artist, a gifted musician who left a lasting impact on the music industry, his unique style and vocals will be always remembered and missed.