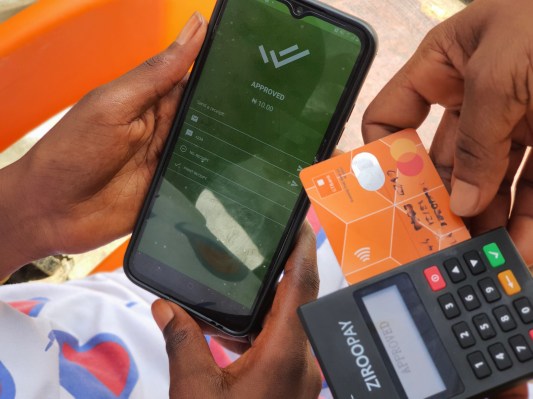 In Nigeria, POS terminals are used to process card payments at retail locations as well as for agency banking purposes, a branchless banking system where agents act like human ATMs. And while terminals have different providers (banks and fintechs) and functionalities, they primarily operate online with just a handful of them having offline capabilities too.

Lagos- and Helsinki-based ZirooPay, one such provider, has raised an $11.4 million Series A round led by Lagos-based VC fund Zrosk Investment Management. Existing investors Nordic venture fund Inventure returned, with participation from other private and institutional funds such as Fedha Capital and Exotix Advisory.

This new capital will be deployed toward expanding its payment infrastructure, accelerating growth and growing its team, the company said.

In 2014 when we featured the company, the pitch then from IroFit (ZirooPay’s parent company) was that its “Internet-free” tech —a mobile platform for small businesses to accept card payments via a mobile app and EMV-certified card reader — operated in areas where there is no data coverage, particularly in emerging markets.

Solely based in Helsinki at the time, CEO Omoniyi Olawale said the funds it raised ($600,000 in seed) would initiate a launch in Nigeria. However, it wasn’t until five years later that the firm completed that launch in Lagos. And on a recent call with TechCrunch, Olawale said the delay occurred because his company, which raised a further €2 million, was fine-tuning its technology and adding more capabilities.

That pitch remains unchanged and after three years in operation, ZirooPay has grown immensely. According to the company over 15,000 merchants use its POS terminals and mobile application. These merchants have processed $500 million — a 5,000% increase within three years — across 10 million transactions, the company continued.

One of the biggest challenges to the mass adoption of card payments at retail locations is the rate of transaction failures due to poor internet connection. “That led to us creating our in-house technology we have a patent for that allows us to process those events in real time without internet connection,” said Olawale about his decision to make ZirooPay offline-first.

“So the product got built around that major problem; with that, we can identify to provide a 95% transaction success rate against the less than 50% that you find in the market,” he added.

The next big pain point for POS terminals is functionality, which means what other features can they offer beyond processing payments. Every retail and agent interaction with customers is a data mine to the payment processor and merchants. But since POS terminals hardly have bookkeeping capabilities, what happens more often than not is that merchants manually reconcile their books daily or rely on Khatabook-esque platforms such as Kippa to digitize their processes.

But ZirooPay is telling merchants who use its platform not to look elsewhere. Its mobile application allows small businesses across the retail, agency banking, hospitality and services sectors to perform similar tasks, such as tracking sales and managing business operations, said Olawale.

“Think about everything that the cash registers seen in big supermarkets can do; with an Android application and a mobile point-of-sale card reader, we provide that same functionality to small businesses,” he remarked.

“We’ve been able to see over 70% of our users migrate from paper-based accounting to depend on the in-app sales accounting within three months of onboarding.”

The growth funding will help ZirooPay expand its product suite and include additional payment channels and options in a bid to build out an omnichannel system for merchants. And as POS providers in Nigeria, particularly fintechs, increasingly focus on agency banking—a massive fintech segment that heavily drives financial inclusion—ZirooPay fancies the prospect of dominating an open retail space.

“No major company is coming in with modern technology trying to tackle this space and that’s one area that we see an opportunity for us because we are primarily a retail payment platform. Even though we provide agency banking on the side, our focus is on retail, and that’s something that differentiates us from the other players,” said the CEO.

“ZirooPay has a patented technology advantage (that works without an internet connection) and distribution model that significantly increases the odds of digitizing the offline economy at a unit cost that makes the story particularly compelling. The payment space has become well-resourced and competitive, but the white space we see in the digitization of cash is the reason we are optimistic about the outlook for this investment.”