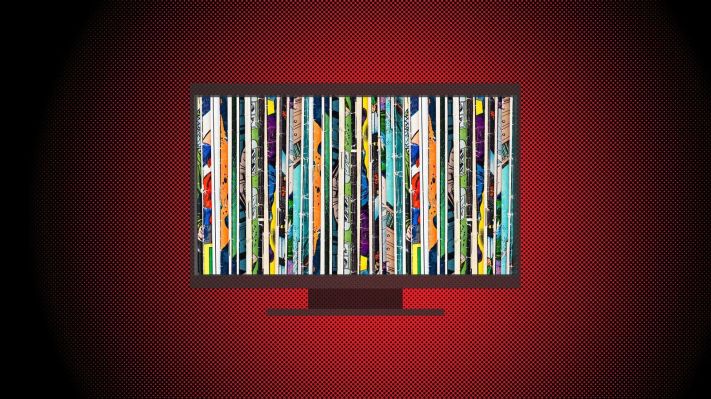 The comics world has seemingly been waiting for a digital revolution since the birth of the internet. Launched in 2007, ComiXology has come the closest to delivering such a play to the medium, so naturally, Amazon went and purchased the service and messed it up. Its most recent offering left subscribers in the lurch, finally leading the brand to admit that the integration “process has been far from seamless,” and promising to respond to user feedback.

It is, indeed, not dissimilar from the blowback Kickstarter received following its big blockchain announcement late last year. That service has long been popular with creators, who felt alienated by its recent announcements. More recently, Substack has gotten into the comics, enlisting some big names, including Grant Morrison and Chip Zdarsky, though that service has not been without its share of controversy.

Announced last year, Zestworld is looking to take on the media with its own custom-built platform. Designed specifically for the comics medium, the service has already found a share of high-profile supporters, including Alexis Ohanian and Twitch’s Kevin Lin.

“The current landscape for comic creators to publish their work digitally and connect with fans is abysmal,” Ohanian said in a release. “Zestworld is bringing together every aspect of the comic creator business and community into one centralized platform that is disrupting how comic creators publish and own IP, as well as enabling fans to connect with creators directly in entirely novel ways.”

Both joined a Series A round led by General Catalyst that provides $9.37 million to deliver on the service’s plans to give creators a comic-optimized newsletter platform, coupled with an IP management tool. IP has, of course, has long been the bread and butter for the mainstream comics industry. One can do all right selling comics at the highest levels, but let’s be honest, licensing is where the money is really made here.

“Finding platforms that are creator-driven is a true challenge in comics, and what Zestworld offers is refreshing and transparent,” said Alex Segura, one of the writers involved in the launch. “Zestworld allows creators like me to publish my work on my own schedule, customize benefits and the ways the creative team and I get to interact with my audience, and allows us to maintain full IP-rights ownership to everything we publish through the platform. It’s a hard deal to beat.”

Segura is joined by Amanda Conner, Jimmy Palmiotti, Peter J. Tomasi, Eric Canete and Phil Jimenez. Other promised features include community management and “NFTs/metaverse events,” because one can’t launch a service in 2022 without those things.