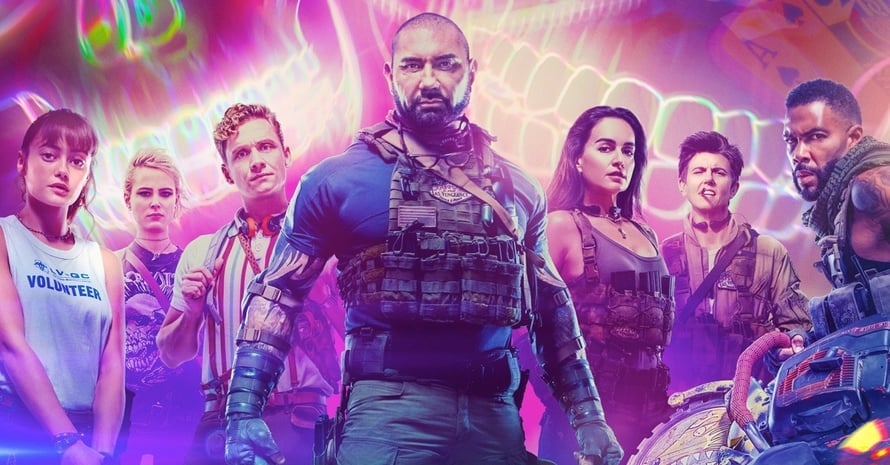 Members of the Academy weren’t the only ones voting for their favorite films this year as the 2022 Oscars featured a new category that saw Twitter users doing the same thing for the first time in 94 years. Army of the Dead won the “Oscars Fan Favorite” trophy during last night’s 94th Academy Awards, beating out a list of films that also included the Jon Watts-directed Spider-Man: No Way Home and James Gunn’s The Suicide Squad.

Directed by Zack Snyder, Army of the Dead was a massive hit for Netflix, as the film became one of the streaming giant’s most-watched releases in the first four weeks of its release. Set during a zombie outbreak in Las Vegas, Army of the Dead stars Dave Bautista, Ella Purnell Omari Hardwick, Tig Notaro, Hiroyuki Sanada, Garret Dillahunt, Raúl Castillo, Nora Arnezeder, Matthias Schweighöfer, Samantha Win and Rich Cetrone.

Following its release in May 2021, Army of the Dead was followed-up by the prequel film Army of Thieves, focusing on Matthias Schweighöfer’s scene-stealer Ludwig Dieter. A sequel to the original film is currently in the works at the streamer, with Snyder recently teasing that the project could delve into the concept of time loops.

“I’m a huge fan of this mythological understory,” Snyder told GamesRadar+ during an interview for Army of Thieves. “All your time loop fun that you can have, there’s a lot of cool enhancements that are baked in now. I can’t wait to make the sequel to Army of the Dead, so that we can see how then all of those things manifest.”

Army of the Dead was one of the first projects that Zack Snyder took upon with his production company The Stone Quarry following his exit from Justice League. Snyder worked on the screenplay with Shay Hatten, one of the writers behind John Wick: Chapter 3 – Parabellum and the upcoming Netflix sci-fi epic Rebel Moon. Here is the official synopsis for the movie:

When Scott Ward (Dave Bautista), a former zombie war hero who’s now flipping burgers on the outskirts of the town he now calls home, is approached by casino boss Bly Tanaka (Hiroyuki Sanada), it’s with the ultimate proposition: break into the zombie-infested quarantine zone to retrieve $200 million sitting in a vault beneath the strip before the city is nuked by the government in 32 hours. With little left to lose, Ward takes on the challenge, assembling a ragtag team of experts for the heist. With a ticking clock, a notoriously impenetrable vault, and a smarter, faster horde of Alpha zombies closing in, only one thing’s for certain in the greatest heist ever attempted: survivors take all.

Stay tuned to Heroic Hollywood for all the latest news on Zack Snyder’s Army of the Dead universe and be sure to subscribe to our YouTube channel for more content!