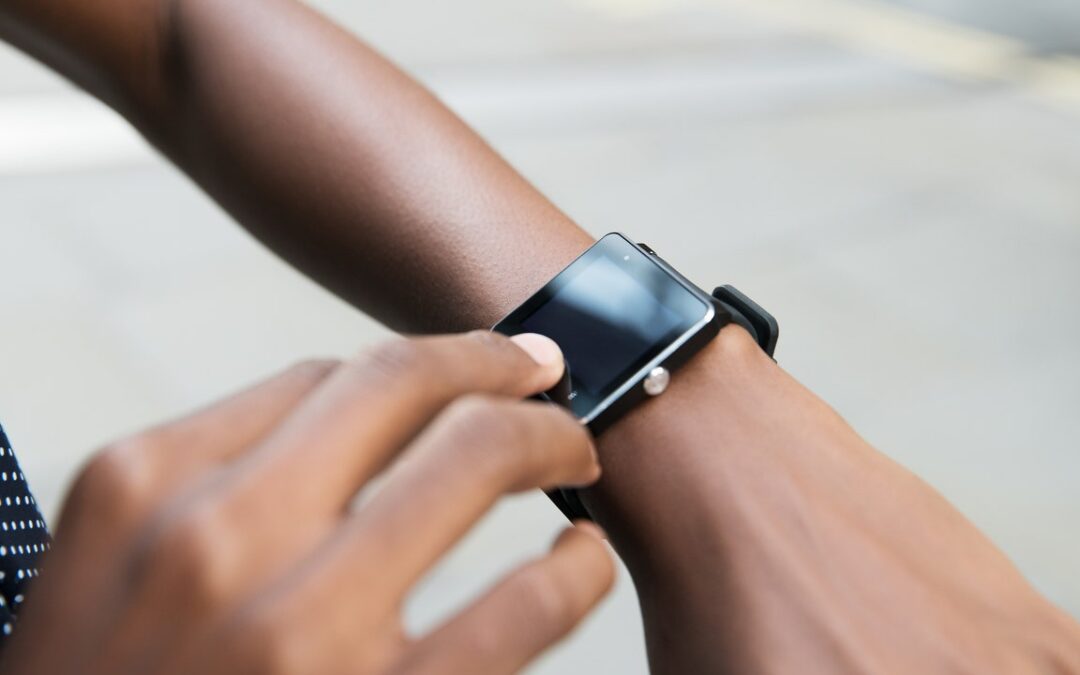 “Those materials are more occlusive to the skin,” Dr. Sadeghpour confirms, meaning they lead to the skin being covered by an impermeable film or substance. But since most major fitness tracker makers use similar materials, don’t expect a huge change by switching brands. “Some people will say, ‘Maybe I’ll just try a different brand,'” Dr. Massick says. “But it’s going to be pretty consistent depending on what you’re sensitive to.”

Give the tracker a rest

Fitbit and Garmin recommend taking the device off for at least an hour following extended wear. Samsung suggests ceasing use for two to three days for wearers experiencing “extreme” irritation. “If you start to notice redness, that’s your signal to back off on wearing a watch,” Dr. Massick agrees, and suggests switching the deceive to another wrist or finger.

Return to wearing the tracker only once the redness clears completely. “People will say, ‘It looks better, there’s less redness.’ They’ll wear it again and it’ll come back,” Dr. Massick says. “Each subsequent exposure ends up causing a greater reaction, but also faster onset.”

That post-workout shower can be a great time for a hiatus, and can also prevent exposure to additional irritants. “I tell patients to take their watches off when showering so soap doesn’t get trapped underneath the watch or in the band. Prolonged contact with that can irritate the skin,” board-certified dermatologist Jared Jagdeo, MD MS, who practices at New York City’s SUNY Downstate says.

Clean the affected skin — and the device — properly

While in the shower, wash with a gentle, non-abrasive cleanser to keep from irritating the skin more. “Sometimes people are doing too much exfoliating,” Dr. Lamb says. “You want something as gentle as possible.”

Dr. Sadeghpour also notes that “how soon you shower after a workout matters, because the more prolonged period your skin is interacting with sweat, the more likely it is to start irritating.”

When it comes to washing your device, the dermatologists defer to the manufacturers’ protocol. But generally, “water and a soft cotton wipe at least once a week will do the trick,” Dr. Sadeghpour says. Before putting the device back on, make sure both it and the skin it’ll be touching are dry.

After cleansing, apply a fragrance-free moisturizer to create a barrier between the skin and the tracker. Dr. Lamb likes Vaseline or Vanicream: “The key for moisturizing is [to apply] a moisturizer, within three minutes of getting out of the shower,” she says, which helps to lock in hydration.  If the irritation persists, she says to try a topical cortisone cream that should reduce the inflammation in one to two weeks.

Be aware of what the tracker comes into contact with every day. “Different particles can be trapped underneath the watch — detergent, soaps — that can be irritating to the skin,” Dr. Jagdeo says. Extreme weather can also affect the skin. “If it’s really cold, the skin barrier is disrupted and more prone to irritation, so keeping that moisturizer on will be critical,” Dr. Lamb explains. “And when it’s hotter out, it’s getting more moist under there. You’re having more perspiration, more irritation.”

TL;DR: A little extra care can go a long way.

Typically, these irritations are rarely dangerous, save for the rare fluke. Earlier this month, Fitbit recalled approximately 1 million of its Ionic smartwatches (less than 0.01% of the ones sold) because its lithium-ion battery poses a burn hazard. Dr. Sadeghpour clarifies that this is “a model-specific recall”  likely due to a “​”faulty mechanism in the lithium battery” — not something caused by the watch’s interaction with sweat or other possible irritants. “These products have usually undergone extensive testing to ensure their safety before being brought to the market,” she assures.