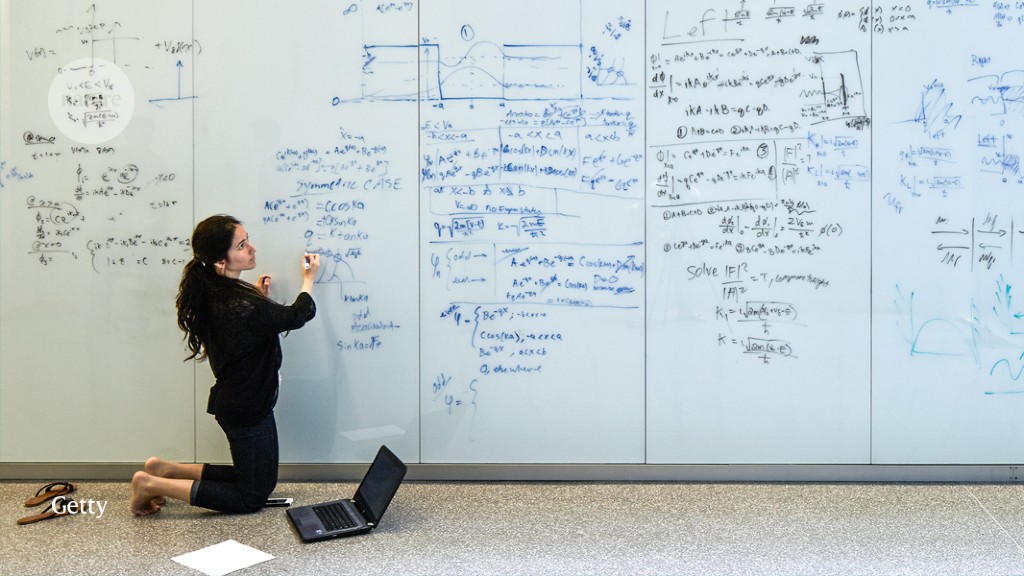 Growing up in Patna, India, I imagined that there would be a better representation of women in physics in the United States. But after arriving at the University of California, Santa Barbara, to begin my graduate studies in 1988, I was sorely disappointed to learn that I was the only woman in a class of 36 PhD students.

The situation has improved marginally since then. In 2019, for example, women received 20% of both undergraduate and PhD degrees in physics in the United States. But at this rate, gender parity won’t be reached until the twenty-second century.

Physics ‘self-efficacy’ is very important for people to want to stay in the discipline: students must have confidence in their ability to solve physics problems, irrespective of their grades.

In 2015, my collaborators and I started investigating how gender experiences and career expectations factor into the gender imbalance in physics. This led to a series of papers on various aspects of the problem. Our first study showed that by the end of university introductory physics classes, women who received A grades tended to have the same level of confidence in their abilities as did men with C grades1. The fact that men overall have higher self-confidence in physics than do women is perhaps not surprising, but the magnitude of the discrepancy certainly was.

We also discovered that women feel less recognized by their teachers as being ‘physics people’ compared with men2. This finding can at least partly explain our discovery that women in introductory courses also have a significantly lower sense of belonging in physics than do men. Is it any surprise that women leave physics and related fields even if they have significantly higher grades than do their male counterparts3?

Why is this the case? Perhaps it is in part because those already working in physics often do not recognize that they are contributing to the problem. I’ve found that many of my colleagues share the belief that if someone is sufficiently interested in and capable of doing physics, they will pursue it and persist. They do not realize that encouragement and support are crucial for marginalized groups.

Eileen Pollack has provided an excellent illustration of the effects of a lack of support in her 2015 memoir The Only Woman in the Room: Why Science Is Still a Boys’ Club. As a child, Pollack wanted to be a theoretical physicist and went on to become one of the first two women to get a bachelor of science degree in physics at Yale University in New Haven, Connecticut, graduating summa cum laude with honours. But after graduating, she eschewed her childhood dreams and decided instead to pursue graduate work in English. In her book, she recounts how she felt when she was dismissed by her instructors and even her undergraduate thesis adviser after solving a theoretical problem for her thesis: “When at last I found the answer, I knocked triumphantly at my adviser’s door. Yet I don’t remember him praising me in any way. I was dying to ask if my ability to solve the problem meant that I was good enough to make it as a theoretical physicist. But I knew that if I needed to ask, I wasn’t.”

Many years later, Pollack travelled back to Yale and asked her former adviser what he thought of her thesis. He told her her work was exceptional. When she asked him whether he ever encouraged any student to pursue graduate studies, he said he avoided it, because graduate school is difficult and students should decide for themselves.

What mentors and advisers must realize is that what is important is not their intentions, but the impact they have when they do not recognize and validate students’ achievements positively. They must realize that this lack of validation will be particularly detrimental to students from marginalized groups.

We must change the culture of physics. Physicists should reflect on their role in perpetuating the culture, undergo inclusive-mentoring4 training and learn to do activities in their classes that help to normalize adversity and make students realize that struggling is a stepping stone to learning5. We need to support a broad spectrum of role models whose successes will inspire future generations and accelerate technological breakthroughs.

This is an article from the Nature Careers Community, a place for Nature readers to share their professional experiences and advice. Guest posts are encouraged.