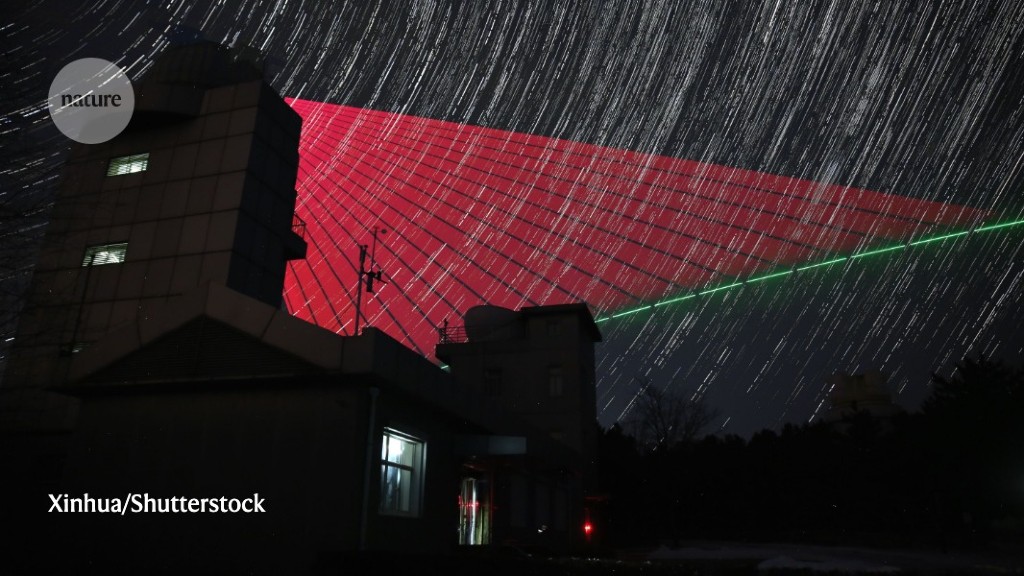 Despite difficult relations between the United States and China, collaborative research between the two countries has remained resilient. But with young scientists entering the workforce amid heightened political tensions, concerns are growing that opportunities for large-scale, international projects could be curtailed.

Such joint efforts are not only important for accelerating scientific advances, but for strengthening ties between nations. A collaboration between cancer researchers in New York and Guangzhou aims to do both, by simultaneously conducting shared clinical trials in hospitals in the United States and China.

Modern cancer-drug development is focused on targeting the molecular mutation underlying the cancer growth, rather than the cancer’s location in the body. Precision medicine uses specific information about a patient’s tumour to better inform diagnosis and treatment. “If you really want a medicine to work, it has to be precise,” says Bob Li, a medical oncologist and physician ambassador to China and Asia-Pacific at the Memorial Sloan Kettering Cancer Center (MSKCC) in New York.

The challenge is finding the right patients to participate in experimental drug trials. “New York is a big place, but if you slice a particular disease into 50 or 100 different categories, each subtype is very rare,” says Li, whose work includes building international collaborations between MSKCC and other institutions. Without a large pool of patients to draw from, recruitment can be a significant handbrake for cancer drug development, even though regulators such as the US Food and Drug Administration (FDA) and Chinese National Medical Products Administration are increasingly fast-tracking approvals.

To broaden the patient pool, Li approached Yi-Long Wu, president of the Chinese Thoracic Oncology Group (CTONG) in Guangzhou, with a view to collaborating on future trials. Because of the number of cancer patients in China’s large population, people with a targeted cancer subtype can be more rapidly recruited. “Clinical trials that typically take 10 to 15 years can be sped up to 2 to 3 years, with China’s participation,” says Li. “Wu’s work has already led to multiple FDA approvals of new lung cancer medicines.” The experimental lung cancer drug osimertinib, for example, took less than three years to gain FDA approval.

By drawing patients from both China and the United States, while sharing data between teams in real time, even greater gains could be made, says Li. MSKCC and CTONG are now activating two world-first clinical trials in both countries, which aim to test new cancer drugs. “Since Bob Li and I set up the MSKCC and CTONG partnership, we have had 43 hospitals join the collaboration,” says Wu. “We may be the model that international collaboration could follow.”

Collaborative research between China and the United States remains strong. In the Nature Index, which tracks output in 82 selected natural-sciences journals, the two nations are each other’s most important collaborative partners. Between 2015 and 2020, the number of papers co-authored by China and the United States leapt from 3,412 to 5,213 — more than any other country pairing in the Index. However, year-on-year growth in US–China collaborative articles has slowed since 2018. “Joint publication data between the United States and China is still rising, although levelling off over the last two years,” says Zheng Wang, an economist at De Montfort University, UK, who studies cross-border knowledge production.

Collaboration often stems from young Chinese researchers spending time in the US system, forming professional relationships that they maintain upon returning to China. After almost 40 years of working together, Xingwu Zheng, an astronomer at Nanjing University in Nanjing, China, and Mark Reid, a radio astronomer from the Harvard-Smithsonian Center for Astrophysics in Cambridge, Massachusetts, published their latest joint output: a highly detailed visualization of the Milky Way. “It’s what you would see if you could fly out of the Galaxy and look back and take a picture,” says Reid.

The partnership dates back to an exchange programme between Harvard and Nanjing University, established in the 1930s. Zheng met Reid in the United States in 1982 as a visiting scholar, and the pair have been collaborating ever since. “There is a Chinese proverb that constant dropping wears away a stone,” says Zheng. “Our successes are attributed to our persistence. From knowing each other to becoming good friends, we love astronomy and understand each other.”

Revealing the structure of the Milky Way required long-term, multi-centre collaboration, which Reid and Zheng co-lead with Karl Menten, director for millimetre and submillimetre astronomy at the Max Planck Institute for Radio Astronomy in Bonn, Germany. The project’s origins date back to a one-month visit to Harvard in 2004, during which Reid and Zheng collaborated with postdoctoral student, Ye Xu, in testing a new technique to map massive young stars in distant arms of the Milky Way.

By painstakingly pinpointing a single star, then using Earth’s orbit to get a second reading from observations taken six months later, the team showed that they could triangulate to precisely establish the star’s location in space.

It was a process they would have to repeat 150 times in a 15-year effort involving 22 scientists from 8 countries, to reveal that the Galaxy consists of 4 tightly wound spiral arms, not 2 loose ones, as previously thought. “Having the existing relationship was critical,” says Reid. Fluctuating political tensions over the years have had no effect on the working relationship, he adds.

Collaborative research is increasingly important in astronomy, as huge new telescopes, such as the James Webb Space Telescope, begin to generate vast new data streams. Competition, too, is key to driving innovation, particularly in emerging areas of research. Quantum science, for example, has benefited from huge investments from China and the United States, as each nation vies for dominance.

In 2016, with the launch of the world’s first quantum-enabled satellite, Micius, China catapulted itself to the forefront of quantum-secure communication after a relatively slow start. Coordinating with several ground stations in China, the satellite uses quantum-entangled particles to deliver potentially unhackable communications. In 2020, the team that operates the satellite, led by physicist Jian-Wei Pan at the University of Science and Technology of China in Hefei, described how Micius enabled a secure method of quantum messaging to be sent between ground stations in Delingha, Qinghai province and Nanshan, Xinjiang province, some 1,200 km apart (J. Yin et al. Nature 582, 501–505; 2020).

The United States, which is racing to develop similar technologies through initiatives such as NASA’s National Space Quantum Laboratory programme, has long held the lead in quantum computing, thanks to major investments from technology firms such as IBM, Google and Microsoft. In 2020, Pan’s team claimed that its quantum computer, Jiuzhang, could rival Google’s system, Sycamore, accelerating competition between the two countries.

For almost a decade, Sokrates Pantelides, a theoretical materials scientist at Vanderbilt University in Tennessee, has been investigating two-dimensional materials with Wu Zhou, an electron microscopist at the University of the Chinese Academy of Sciences in Beijing. Building relationships between the two institutions has helped the pair gain access to the best equipment, which China has been amassing in recent years.

In the past five years, for instance, the country has tripled its number of aberration-corrected electron microscopes — the kind Zhou and Pantelides use for their research — to more than 100, Zhou says. These machines can cost several million US dollars each, he estimates.

“The Chinese have excellent instruments,” says Pantelides, who in 2019 was among three recipients of a Chinese Academy of Sciences award for international scientific cooperation.

Jiang Lin from the University of California, Berkeley, who conducts collaborative energy and climate-related research in the United States and China, describes what he sees as a changing financial landscape. Three decades ago, the United States was the bigger research funder, he says. “These days, Chinese research is very well resourced. Each side carries its own weight.”

Energy research in particular has been affected by simmering political tensions, with scientists in the United States becoming more cautious about collaborating with Chinese counterparts, Lin says. According to Zhou, there is caution among researchers in China, too. “During [US President] Trump’s time, we were a bit hesitant to collaborate with my former colleagues at US national labs, not for our concern, but for how this might affect their jobs,” he says.

Banked trust may be a key commodity in the current political climate. Long-term research collaborations that predate current tensions between the United States and China are likely to be resilient, says sociologist Joy Zhang, who is studying China’s international collaborations at the University of Kent in Canterbury, UK. But there could be a decline in new cross-border collaborations, she says. “We may have a generation of scientists, who right from the start were pressured to be suspicious of their biggest collaborators,” Zhang says. Such mentality can be hard to change, should it become normalized, she says. “I think the impact of these tensions will be seen perhaps five years down the line.”

To track recent flows of young Chinese scientists to the United States — the potential seed events for future collaboration — Wang has analysed air traffic into US university town airports, before and after tensions between the two countries escalated in 2018, as a result of a trade war.

Even before the impact of COVID-19 on travel, passenger numbers from China had fallen, he says. “For airports near university towns, we see a significant drop of inflows from China, compared to pre-2018.”

Wang expects that shared challenges, such as mitigating the effects of climate change, will come to the fore again, however. “If green technology becomes the most important area after COVID, there will be increased demand for collaboration at a very high strategic level between the two countries,” he says.

There are signs that political obstacles may be easing, at least with regards to climate-related research, since the joint US–China declaration at the 2021 United Nations climate meeting in Glasgow, UK, for enhanced action in this decade, Lin says. “This could pave the way for more opportunities for collaboration, sanctioned by both sides, de-risked.”

But in the current political climate, he adds, nothing can be taken for granted.