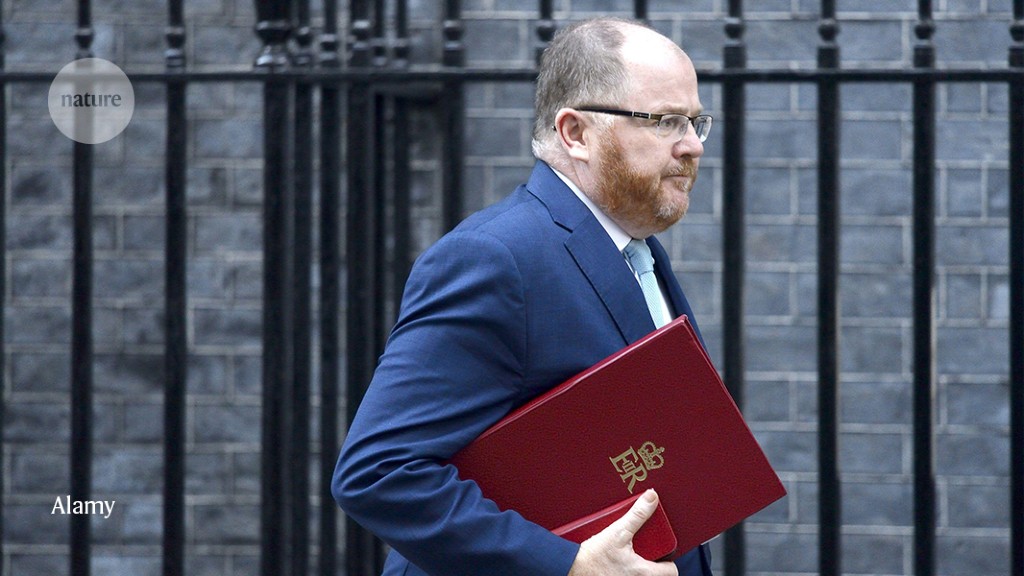 Concerns are growing that the United Kingdom is on the cusp of leaving the European Union’s Horizon Europe research programme, the largest collaborative research programme in the world, after the UK science minister gave a speech on 8 June in Brussels that “time is closing” for a positive resolution.

With available funds of almost €100 billion, the EU’s Horizon Europe programme provides grants and research funding for scientists in EU member states as well as other nations, such as Israel and Norway, who choose to become ‘associate members’. But the United Kingdom’s continued participation in the programme has been in question since the country voted to leave the EU in 2016.

“The association with Horizon is the best option for UK science,” says Sarah Main, executive director for the Campaign for Science and Engineering, a science-advocacy group based in London. Leaving it “would be a very odd move at a time when the Prime Minister is trying to boost the UK’s scientific capability,” she says.

In December 2020, the EU and UK struck an agreement as part of the overall Brexit deal to continue the collaboration in Horizon Europe. But issues concerning the deal’s ‘Northern Ireland protocol’ have stalled its ratification. The UK government and EU continue to disagree on how to implement a border between Northern Ireland and the Republic of Ireland, which is part of the EU.

UK participation in Horizon is “being used as a bargaining chip in a much broader and bigger political negotiation,” says Kieron Flanagan, a science-policy researcher at the University of Manchester. “I am starting to be worried about the outcome.”

Last week, Universities UK, which represents 140 universities in the UK, sent a letter to the European Commission warning that “failure to secure UK association to Horizon Europe would be a lose-lose for health, wealth and wellbeing”. Peter Mason, head of international engagement at Universities UK, said that although there was still hope an agreement could be reached, the situation “does look bleak” because of the issues over the Northern Ireland protocol.

The UK government has said that, in the event an agreement cannot be reached, it will develop its own £15-billion research programme to rival Horizon Europe. George Freeman, the UK science minister, travelled to Brussels on 8 June to outline the UK’s stance on the situation to the European Commission, though did not have formal talks with the EU. In his speech, provided to Nature, he called on the European Commission to come to an agreement. “Please don’t use science to play hardball,” he said. “If you have to punish the UK, do it some other way.”

He added the UK remained “100 per cent committed to the European collaborative research programs,” including the Copernicus Earth-observing programme, in which UK participation has also become uncertain. “I’m not here tonight to tell you that we are walking away,” he said. “But time is closing. We’re reaching a crunch point.”

A spokesperson for the European Commission told Nature that although the EU continued “to recognise the mutual benefit in cooperation in science, research and innovation, nuclear research and space,” there remained serious difficulties in implementing the Brexit agreement.

Freeman highlighted the possible “global collaborations” on offer if the UK separates from Horizon, including with Switzerland, Israel, and Japan. However, both Switzerland and Israel are participants in Horizon, and Japan has entered talks to join Horizon along with other nations outside the EU including South Korea, New Zealand and Canada. “Horizon is where the party’s at,” says Martin Smith, head of the policy lab at the Wellcome Trust in the UK. “To try and build something independently of that will be extremely difficult.”

The uncertainty since December 2020 has caused issues for UK researchers. Ben Sheldon, a zoologist at the University of Oxford, was awarded a grant totalling €3.1 million in early April from the Horizon programme’s prestigious European Research Council to study the response of animals and plants in the United Kingdom to climate change — one of dozens of UK researchers to be awarded a grant this year. But those grants were given with a two-month expiry window, running to 8 June, on the basis that either the United Kingdom formalizes its association with Horizon Europe or the grant-winners chose to move to the EU.

“If we didn’t do that then the grant would be rejected,” says Sheldon. He has not yet received word on the status of his grant, which he says cannot be moved to the EU because it is focused on the UK. “We’re in the dark,” he says. “There’s a feeling that we’ve shot ourselves in the foot.”

Freeman said the UK government would fund successful UK Horizon applicants up to December 2022 if an agreement was not reached, and outlined plans for an alternative solution to Horizon in the UK. Called Plan B, it would seek to emulate the various components of the EU programme, although the details of how it would operate are unclear.

James Wilsdon, a science-policy researcher at the University of Sheffield, UK, says that while the funding for a UK alternative may be available, the loss of prestige from no longer being associated with Horizon would be hard to replicate. “Part of the prestige of winning an ERC grant is you’ve won a competitive international grant, rather than a knock-off homegrown pastiche,” he says.

“Horizon isn’t just about the money,” says Smith. “It would be a major hit to the attractiveness of the UK as a destination for researchers.”

Freeman suggested that the United Kinigdom would consider enacting its alternative plan if progress wasn’t made with the European Commission by the summer. For many, the prospects of a positive outcome appear more and more remote. “The outlook does look very bleak,” says Smith. “Science could become a victim of a wider dispute that it has nothing to do with.”