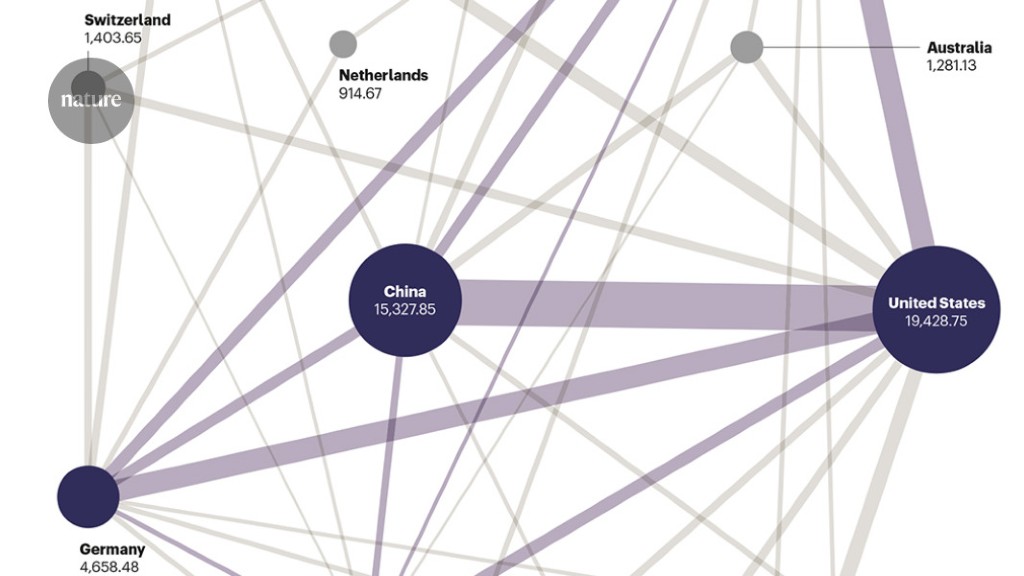 The 10 biggest collaborating partners of each of the leading 5 nations in the Nature Index (the United States, China, Germany, United Kingdom and Japan) by collaboration score are shown.

Although the strongest relationships are within the Big 5 group, they are not necessarily each other’s biggest partners. Japan is the outlier, with Germany, the United States and the United Kingdom all collaborating more with France than they do with Japan.

The three strongest pairings of international institutions are shown for the leading five countries in the Nature Index. Collaboration Score (CS) is calculated by adding each institutional partner’s Share in their joint articles in 2021.

Harvard University stands out for contributing the lion’s share of the total CS of the United States’ leading cross-border collaborations.

Tianjin University in China, which falls outside the top 50 leading institutions from the Big 5 countries overall, makes its mark as one of the country’s most important international collaborators. Its close ties with the National University of Singapore has produced the highest CS for 2021, in this set.

The Max Planck Society in Germany, which is ranked third among the leading institutions from the Big 5 countries overall, and the French National Centre for Scientific Research are prolific collaborators, forming more leading pairs than any other institutions in this set.

The United Kingdom keeps things close to home, with leading partnerships in Germany and France.

Similar to the leading international collaborative pairs in the United States, where Harvard University dominates, in Japan, the University of Tokyo is the nation’s key player.

This article is part of Nature Index 2022 Big 5, an editorially independent supplement. Advertisers have no influence over the content.