To raise a fund, this agtech outfit built a content company first (now it has $60 million to put to work) – TechCrunch 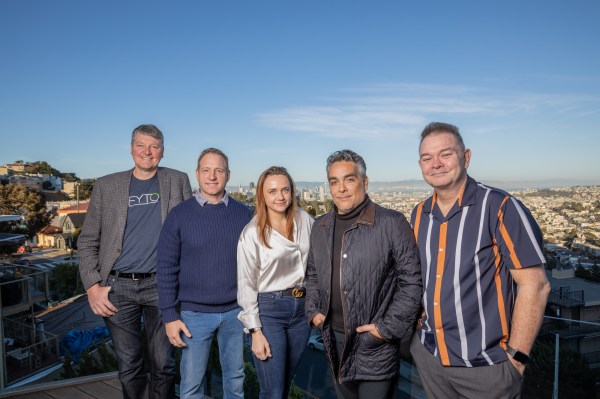 Rob Leclerc has the kind of pedigree that investors tend to like. He has a masters degree in computer science from the University of Calgary and a PhD in computational biology from Yale. In fact, ten years ago, what he really wanted to do with his degrees was to find and fund agriculture-related projects that tackle climate change.

But ten years ago, “agtech” wasn’t yet a category, and that was problematic when it came to pitching investors on the concept of an investment fund that Leclerc would run with partner Michael Dean, with whom Leclerc had previously operated an agribusiness in West Africa for several years.

At the time, “there were a handful of businesses” relating to agtech that investors were aware of, says Leclerc. Think Climate Corp and Impossible Foods and the smart machinery company Blue River. But Climate Corp hadn’t yet sold to Monsanto for $1 billion. Impossible Foods wasn’t valued in the billions of dollars, as it is today. And Blue River was still years away from its $305 million sale to John Deere. “The overarching problem was narrative,” Leclerc says.  “People didn’t care about it.”

He and Dean might have just given up; instead, they started a San Francisco-based content company called AgFunder News. “We thought if we could get people excited about food and [agriculture], maybe we’d be in a position to [raise a fund later],” says Leclerc. It was a smart bet. Fast forward and after posting more than 4,000 articles to the site and garnering 90,000 subscribers to the site’s weekly newsletter, Leclerc says AgFunder’s investment team – which now features four partners – just closed on $60 million in capital commitments for a new fund that they expect will reach $100 million over the next couple of months if things go their way.

It’s a huge step up from previous funds that Leclerc and company began raising several years ago – beginning with their newsletter readers. “We first raised a $2.5 million friends-and-family fund,” he says, “but then five months later, we needed more money, so we raised $2 million, then six months later, we raised $5 million.” And so on. It wasn’t the most conventional way to raise money, but AgFunder had this “massive subscriber base” to which it could talk directly about its fundraising efforts, says Leclerc, “and the belief that we know what we’re doing and can spot companies started a lot of conversations that we wouldn’t have had otherwise. It became a structural advantage.”

The strategy isn’t unprecedented. Leclerc says he was partly inspired by Michael Arrington, the founder of TechCrunch, who built a brand around entrepreneurship, then used the strength of that brand to launch an investing career. Meanwhile, Arrington was preceded in his path by investor Jason Calacanis, who earlier founded a media company, and more recent examples are beginning to emerge routinely. Among them: Londoner Harry Stebbings used his “Twenty Minute VC” podcast as a springboard into the venture world last year, and Nik Milanović, the author of a two-year-old newsletter called “This Week in Fintech,” in January launched an investing syndicate called the Fintech Fund.

Still, newsletter subscribers –  no matter how deep their pockets –  don’t invest tens of millions of dollars in a team without seeing some results first. And AgFunder (which has since broadened its LP base) already has some about which to brag. Among the 60 companies to so far receive a check from AgFunder was the autonomous tractor startup Bear Flag Robotics, which sold to John Deere last year for $250 million; Root AI, a startup that was developing a harvesting robot for indoor farms and was acquired by AppHarvest for $60 million last year; and Greenlight Biosciences, a biotechcompany focused on RNA research that went public last month by merging with a special purpose acquisition company.

If you’re curious about how much the firm owned in each of these companies, keep guessing. AgFunder – which tends to write checks of $500,000 as a starting point but also just wrote a check for $3 million – doesn’t think about ownership targets or look to own a specific percentage in a company, insists Leclerc. While his team has used special purpose vehicles to maintain their pro rata in several companies, including a still-private molecular coffee company called Atomo Coffee, he says he doesn’t “get hung up on ownership. For me, the question is, ‘Does this investment return the fund or a multiple of the fund?’ If you get hung up on ownership, you can miss opportunities.”

As for criteria, AgFunder looks broadly across the food and “ag value chain,” says Leclerc, and it looks broadly geographically, too, with bets in India, Brazil, Mexico, and Indonesia, among other places.

Because that’s a lot of ground to cover, the outfit relies heavily on its head of engineering, who helps the team punch above its weight thanks to an in-house system he has devised that crawls sites and databases for certain signals and distills its findings down to “50 to 100 companies each week” that could be of interest. (One apparent gem it uncovered was Retailo out of Pakistan, a B2B marketplace that connects bodegas with the goods and services they might need and which recently closed on $36 million in Series A funding. AgFunder has now backed it across two rounds).

But AgFunder also relies on, yes, that newsletter readership. Indeed, asked about how it found Atomo — which says its product product uses 94% less water and produces 93% fewer carbon emissions than conventional cold brew coffee — Leclerc says it didn’t come from AgFunder’s in-house software but rather from one of its limited partners, who became an investor after becoming a regular reader.

Recalls Leclerc, “An LP who’d followed us for a long time on AgFunder News wrote us, saying, ‘You probably see a lot of things; this company you should check out.’ So we did.”