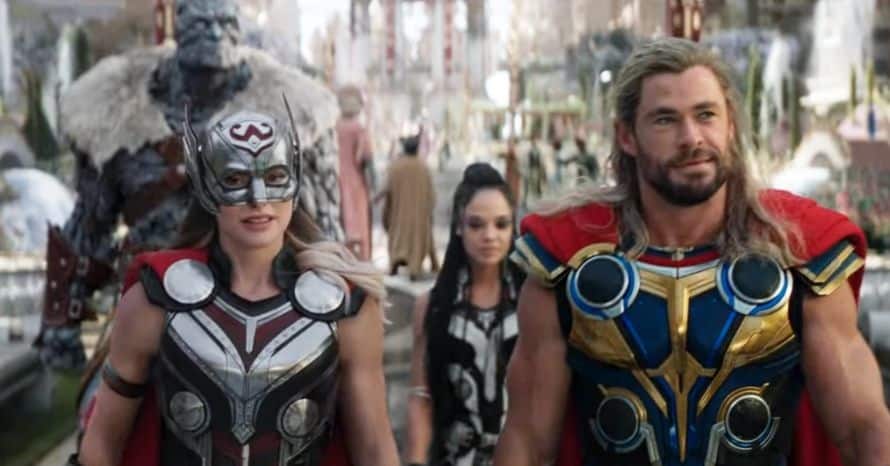 Thor: Love And Thunder director Taika Waititi has opened up on whether or not the movie is a passing the torch film.

The current slate of Phase Four of the Marvel Cinematic Universe clearly has a reoccurring theme going on. Specifically, a good chunk of the various projects seem to be setting up new actors to take over the titles of a specific character or involve characters who have already taken over the role and are trying to figure out what it means. One such project may or may not be Thor: Love And Thunder.

When the film was first announced during 2019’s San Diego Comic-Con it was revealed that Natalie Portman’s Jane Foster was returning to the MCU and would be wielding Thor’s hammer Mjölnir. While it isn’t entirely clear how she got the hammer, we do know that Jane Foster will have powers and abilities similar to Thor’s in the upcoming film. This has led some to wonder whether or not the upcoming movie will be a passing the torch type film and whether or not Chris Hemsworth’s Thor will survive the upcoming battle with Gorr The God Butcher.

The Director Weighs In

While speaking to Games Radar, Thor: Love and Thunder director Taika Waititi opened up on whether or not the upcoming movie was a passing the torch type of film. While he admitted that he didn’t know what Marvel had planned for the future he was pretty sure that this was not the case:

“And also, it’s really fun, the idea that Thor [has] got Stormbreaker, that big axe, and now his hammer’s back and it’s in the hands of someone else. It’s no longer his hammer. It’s the idea that someone’s taking his place. I think a lot of fans are gonna potentially assume, ‘Oh, OK, this is the passing on of the torch’… I’m not privy to any plans Marvel has for the future, but I don’t think that’s the case.”

Here is the synopsis for Thor: Love and Thunder:

The film finds Thor (Chris Hemsworth) on a journey unlike anything he’s ever faced – a quest for inner peace. But his retirement is interrupted by a galactic killer known as Gorr the God Butcher (Christian Bale), who seeks the extinction of the gods. To combat the threat, Thor enlists the help of King Valkyrie (Tessa Thompson), Korg (Taika Waititi) and ex-girlfriend Jane Foster (Natalie Portman), who – to Thor’s surprise – inexplicably wields his magical hammer, Mjolnir, as the Mighty Thor. Together, they embark upon a harrowing cosmic adventure to uncover the mystery of the God Butcher’s vengeance and stop him before it’s too late.

Thor: Love and Thunder hits theaters on July 8, 2022. Stay tuned for all the latest news surrounding the upcoming film and be sure to subscribe to Hero Hollywood’s YouTube channel for more original video content.