the world according to Smits 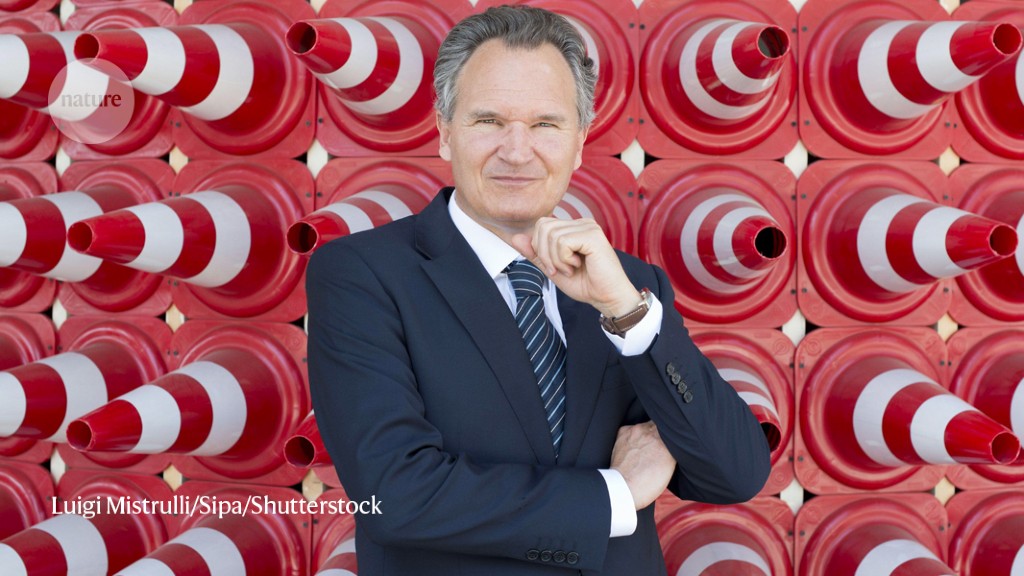 In 2018, a group of influential research funders struck a blow in the decades-long fight to end paywalls in science. Peer-reviewed papers from research they supported must be made open access immediately on publication, they declared: free to read, download and redistribute.

This radical pledge, called Plan S, began to take effect last year. It is now supported by around two dozen funders, most in Europe. (One estimate of their influence is that around 12% of articles in the most highly cited journals acknowledge these funders.) Big names include the European Commission, national funders in France and the United Kingdom, the London-based charity Wellcome, the Bill & Melinda Gates Foundation in Seattle, Washington, and the Howard Hughes Medical Institute in Chevy Chase, Maryland. This has nudged many subscription journals into offering open-access (OA) publishing routes. But there is still a long way to go to eliminate paywalls, as Robert-Jan Smits, architect of Plan S, reflects in an insider account of his frenetic year putting the policy together.

In Plan S for Shock, Smits — now president of the executive board of Eindhoven University of Technology in the Netherlands — and journalist co-author Rachael Pells emphasize that nothing less than a transformation of academia’s reward systems is needed to achieve full OA. The authors also introduce dozens of other viewpoints, from researchers, publishers (including Springer Nature, which publishes Nature) and non-academics frustrated that they can’t easily access the knowledge they need. The book is itself free to download: it is published by the OA Ubiquity Press in London, and Pells was paid for her time by OA publisher Frontiers, based in Lausanne, Switzerland. (Frontiers had a key role in encouraging Smits to introduce Plan S.)

Few disagree with the compelling case, laid out in the book’s first section, that it will benefit science and society if anyone can access peer-reviewed scholarly work for free. Scientists’ career incentives, however, are tied not to open publishing, but to getting their work into the most prestigious journals possible. And as Smits noted when he became the European Commission’s OA envoy in 2018 (after eight years in charge of the commission’s research directorate), the majority of journals, especially the highly selective and prestigious ones, run on subscriptions. “The academic community had become entangled in a cobweb it couldn’t get out of,” Smits says.

To break the bind, Smits corralled a coalition of the willing: funders prepared to insist that scientists publish outside paywalls. After publishers retorted that they would probably fold if their journals had to flip immediately to OA models, Plan S made temporary allowances for publishing in hybrids: subscription journals that offer an OA option. Researchers are also allowed to publish behind a paywall and simultaneously post peer-reviewed accepted manuscripts in online repositories, such as PubMed Central or their institution’s own repository. Some journals are trialling this model; others oppose it. (The book also mentions widely used pirate sites for accessing papers published behind paywalls, such as Sci-Hub.)

Plan S remains too bold for most funders. Many, including government agencies in the United States and China, have so far been reluctant to require immediate open access to research. Unfortunately, this book doesn’t dive deeply into the reasons why. And it sometimes seems out of date. It notes, for instance, that in 2018, at a conference in Berlin, China promised to support Plan S — but doesn’t say that nothing came of this promise.

It’s clear that a major problem is money. Journals often generate revenues for OA publishing through per-paper author fees called article processing charges (APCs), deterring scientists whose funders or universities won’t or can’t cover the costs. There are plenty of low or no-cost OA platforms, usually subsidized by governments or funders. But high-prestige, selective journals are generally expensive (Nature’s APC is US$11,390; Cell’s is $9,900). Science is experimenting with allowing those researchers with Plan S mandates — and no one else — to share their manuscripts immediately online under OA licences. Smits says he had hoped to regulate the APC market — his draft plans suggested that funders cap the OA fees they’d cover at €2,000 (US$2,200) per paper. Plan S funders voted against this idea, which Smits regrets.

The longer-term view is that science’s incentive system is faulty: funders and universities should not assess scientists on where they publish, only on what they publish. Quoting the Declaration on Research Assessment, a global initiative to change these incentives, Smits supports eliminating journal-based metrics, such as the Journal Impact Factor, from academic assessment. Many scientists are on board with this, but the move might not remove the lure of prestige. Plan S funders have said they’ll value the “intrinsic merit” of work and not the publication channel, but for now, it’s difficult to know whether grant assessors will really stop using publication in big-name journals as a marker of work worth paying attention to.

As the book goes on to discuss, some argue that the concept of journals that filter the literature before publishing it — the selectivity that builds prestige — needs to disappear. They say that all scientific papers should be published openly first, and that recommendation and summary services could then pick out the best or most interesting for a particular community. Today’s journals might, perhaps, evolve into these products.

None of these ideas is new to Plan S cognoscenti. For them, the book’s drama is in the details of how the policy sausage gets made. (A final reveal is that Plan S was itself named after Smits — it doesn’t stand for shock, science, solution or speed, as he used to suggest). But aficionados will probably spot misstatements about the size of journal profits and taxpayer-funded research, along with a foreword that equates open access with author fees, a mistake the book itself avoids.

Perhaps the acid test for Plan S for Shock is whether it can reach a broad audience of scientists, rather than the already engaged experts. The book sometimes suffers from thickets of jargon that confuse many discussions of academic publishing — but its lively quotes could pull readers through.

This matters because one enduring puzzle of the OA movement is that it’s never really managed to engage the majority of scientists. Many researchers still don’t bother to archive their past peer-reviewed papers online, even if it’s been years since the work appeared in journals and it could now be shared — and even though studies suggest that openly shared articles attract more citations.

In a perceptive quote, Paul Ayris, chief executive of UCL Press in London, notes that change in academic organizations is never really implemented by top-down enforcement. What’s needed instead is to work with academics to show them the benefits they will reap from the change. Smits describes Plan S as a stone cast into water, sending ripples and waves through science publishing even though its ultimate goal is far from complete. Perhaps this account will convert a few more scientists to the cause.