The sustainability movement is 50. Why are world leaders ignoring it? 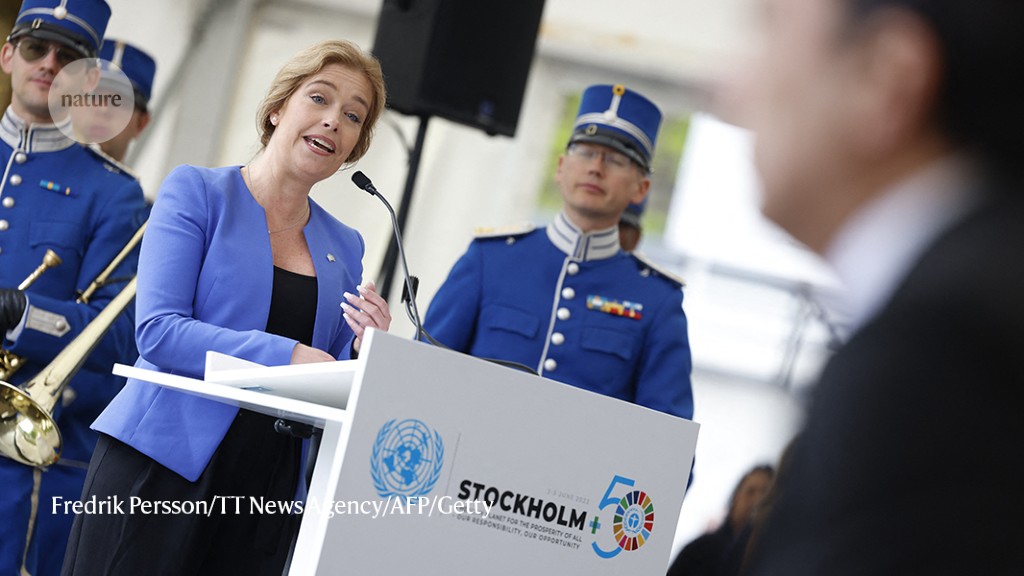 Sustainability is now a household term, but it wasn’t always so.

Fifty years ago, the United Nations held its Conference on the Human Environment in Stockholm. This landmark event gave the concept of sustainable development its first international recognition. Sweden and the UN are marking the occasion this week with Stockholm+50, an international meeting that serves as both commemoration and call to action.

The world is deep in planetary and human crises, with the UN’s Sustainable Development Goals off track and multilateral agreements on climate change and biodiversity behind schedule. Governments need to integrate sustainability into economic planning — and listen to researchers, who are ready with evidence-based arguments and tools to help them do so.

Fifty years ago, the time was ripe for an environmental agenda to enter the world stage. Optimistic ideas of economic growth as a driver of progress, propelled by the Industrial Revolution, needed to accommodate concerns over damage to the natural environment. Books such as Rachel Carson’s Silent Spring (1962) — which raised awareness about harms caused by pesticides — brought scientific information about environmental risks into the mainstream.

In March 1972, a team of researchers and policymakers sounded another alarm in The Limits to Growth, one of the first reports to forecast catastrophic consequences if humans kept exploiting Earth’s limited supply of natural resources. The conference in Stockholm followed a few months later, steered to success by its secretary-general, Canadian industrialist Maurice Strong. That set crucial institutions in motion, starting with the establishment of the UN Environment Programme (UNEP), based in Nairobi — the first UN body to be headquartered in a developing country. UNEP went on to facilitate a new international law — the 1987 Montreal Protocol to phase out ozone-depleting substances — and co-founded the Intergovernmental Panel on Climate Change (IPCC). It assisted in establishing the first action plans for sustainable development through landmark international agreements on biodiversity, climate and desertification.

But there were mistakes and missed opportunities. The establishment of multiple agencies and policy instruments created a disjointed governance system. Newly created environment ministers wielded little power. In national budgets, environmental protection was siloed away from economic development and social concerns. For a long time, action on climate change remained unfocused. And the economic drivers of environmental change were overlooked.

And so, 50 years after that momentous conference, the world remains in crisis. With impending climate and biodiversity crises, the warnings issued by visionaries now hit even closer.

Stockholm+50 promises “clear and concrete recommendations and messages for action at all levels”. More than 90 ministers are expected to attend, but only 10 heads of government. That’s a missed opportunity for high-level action. World leaders are needed because their presence signals that sustainability remains at the top of their agendas.

Awareness of the need to embed sustainability into policymaking has broken into the mainstream, although much of it is still talk. City governments around the world are implementing ambitious climate action plans through the C40 Cities network. Some companies, too, are adopting sustainability principles, from reporting (and reducing) their carbon footprints to ensuring that investments, as far as possible, do not harm the environment.

But this urgency has not ascended to heads of state and government. With a handful of exceptions — such as Finland, Iceland, New Zealand, Scotland and Wales — most nations seem unwilling to systemically integrate their economic, environmental and social policymaking.

Doing so is not only good for the environment; it is also sound economics and good for well-being. The food and energy crisis driving poverty and diminishing living standards around the world might have been triggered by the shocks of a pandemic and war on Ukraine — but it is driven just as much by the depletion of natural resources.

Ahead of the 1972 conference, 2,200 environmental scientists signed a letter — called the Menton Message — to then UN secretary-general U Thant. The signatories had a sense that the world was moving towards multiple crises. They urged “massive research into the problems that threaten the survival of mankind”, such as hunger, wars, environmental degradation and natural-resource depletion. The UN system went on to play a big part in building the body of knowledge that has shown why sustainability is necessary, and in creating the policy architecture to make it happen. But to do the Stockholm vision justice, there must be bolder action from heads of government and from the UN system. The planned creation of a board of science advisers to UN secretary-general António Guterres needs to be accelerated. Once established, the board must find a way to bring joined-up action on sustainability closer to world leaders.

Researchers can now join a successor to the Menton Message that has been organized by the International Science Council, the global science network Future Earth and the Stockholm Environment Institute. In an open letter addressed to world citizens, the authors write: “After 50 years, pro-environmental action seems like one step forward and two back. The world produces more food than needed, yet many people still go hungry. We continue to subsidize and invest in fossil fuels, even though renewable energy is increasingly cost-effective. We extract resources where the price is lowest, often in direct disregard of local rights and values.”

World leaders must listen to the research community, and accept the evidence and narrative offered to help them to navigate meaningful change. Environmental sustainability does not impede prosperity and well-being — in fact, it is vital to them. People in power need to sit up and take notice.