The resilience of humanity 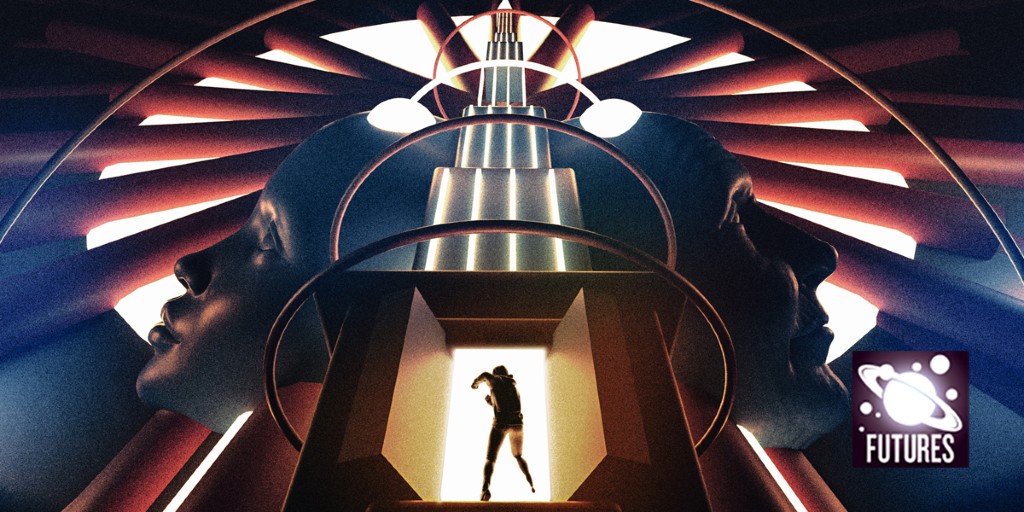 I’m scheduled for an involuntary double-up.

ASAP, the Order says. She’s been given enough warnings.

“Host or tagalong?” the receptionist at the Public Body Shop wonders, while pulling out a clean intake form.

“Tagalong, they tell me,” I mutter, adding, “But I thought it was ‘host or parasite’?”

“It was,” she confirms, huffing a little on the outdated terminology. “We’ve had complaints from the Tower.”

“Heaven forbid,” I deadpan, knowing how the Old Ones like their pretty words. Pretty words hide all manner of sins.

The receptionist reaches her hand out for the Order, and I dutifully comply — now’s not the time for resistance — raising my shackled wrists together, and causing the metal links to clank against each other noisily.

The sound catches the receptionist’s attention, and she gives me a closer look. Her eyes widen in recognition. And admiration? But she doesn’t really strike me as the revolutionary type — dowdy cardigan, crow’s feet, grey hair, eyes peering over spectacles. She’s classically past-her-prime. These days, aren’t we all?

“You’re the one they sent down for criminal mischief.”

“Fifth chance actually,” I correct her. “But I’m one of the First Children so their guilt prevents them from executing me outright.”

“Ah.” Her eyes go a little sympathetic. “I’ve always wondered how they can live with themselves.”

“Swimmingly,” I mention, wryly. I have recent images in my head, of all those perfectly tanned and fit young bodies lounging around sparkling pools up at the Tower, like Greek Gods on holiday, drunk on pitchers of pomegranate margaritas and stolen immortality.

By comparison, my hands are deeply lined and covered in liver spots. My voice quivers when I speak. I haven’t lived in a body younger than middle-aged for 30 years. Not since I was eight years old and still had seaweed-green eyes instead of these ice-blue ones …

Back then, the planet was bursting at the seams. There were too many of us with nowhere else to go. Only two options remained — a great culling or doubling up. And no one liked the first choice.

They decided it would be fairest if the oldest minds were given a passenger seat in the youngest bodies, so the young ones would still make all decisions and have a chance to live full lives, but the older minds would continue on, enjoying a second ride as a tagalong. Or parasite.

I remember Madame President on TV, her ice-blue eyes leaking like proper waterworks, as she told the world, “… this is a chance for the young and the old to learn from one another, as the old step back to become a voice of conscience for our next generation …”

Pretty, pretty words. All talk of noble sacrifice and the resilience of the human race.

I was too young to understand most of it, even as they dragged me away from my mother and father, leading me down a hallway stinking of bleach. The nurses told me that my body would soon host Madame President’s brilliant mind, and how lucky was I to be chosen for such an honour?

But when I woke from the procedure, the hands I held up weren’t my own. I watched the little-girl-who-once-was-me hop down from a chair across the room, snapping orders to uniformed men three times her size. “Take her downstairs and bring in the next one. The Prime Minister is waiting.”

I was eight. I wasn’t stupid. They weren’t doubling-up at all! It was a plain swap. My body for hers.

“Don’t worry, little one,” Madame President said, looking through my eyes, speaking in my voice. “I’m sure you’ll be able to double-up with someone younger soon.”

Pretty lies. The Old Ones all retreated into their Tower as soon as they’d stolen suitable bodies, hoarding resources, leaving the rest of us to riots, famine and meagre rations.

They still live up in the Tower, barking orders, trading out old bodies for new ones whenever the old ones start to wear out. They don’t hide their true intentions anymore. There’s few left with the will to oppose them.

This morning, after they caught me in their gardens, Madame President patted my wrinkled cheek, purring in the smooth timbre of an 18-year-old voice, newly stolen, “We intend to live forever, little one,” before ordering her guards to haul me away.

“They want me to put your mind in a body that’s at least 90 years old,” the receptionist reads the contents of the Order, almost apologetically. “… preferably in failing health.”

It isn’t, obviously. But what happens next is certainly … unexpected.

“I think this one might be a better fit, don’t you?” the receptionist winks at me as she turns a file my way. “A recent swap from the Tower.”

Well, now. Maybe the dowdy, bespectacled receptionist is the revolutionary type, after all.

The file lists the age of the potential double-up as 38. Still so young! But ancient by Tower standards. She looks awfully familiar, with seaweed-green eyes.

“Oh yes, please,” I murmur, feeling suddenly blessed by the gods of sweet irony. Sure, I’ll have to convince whoever currently lives in my old body to join me in a suicide mission, but I’m confident they’ll be on board.

No one gets over a stolen body fast. I’m still nursing a grudge 30 years later. One that will only be satisfied after I’ve shown a few wannabe immortals that forever’s a dead end.

It’ll be nice to have my own face back. Especially a face known and loved around the Tower as ‘Madame President’ for long enough that it might just trick a few of the Old Ones — those tipsy, poolside, pomegranate-margarita-swilling ones — into letting me in the back door.

Gretchen Tessmer reveals the inspiration behind The resilience of humanity.

The sad thing is … I could see this happening. Marie Antoinette types seem to pop up in every generation, with or without the cake. Or pomegranate margaritas, in this case.

This one was actually written to a couple prompts, a random mash up of “what if you fought the law and the law didn’t win?” and some ideas that percolated after reading Inside Out, a fantastic and surreal little poem by Diane Wakoski.

The poem really has nothing to do with the subject matter in this story (other than the general idea of living in someone else) but inspiration works in the strangest ways sometimes.