The great resignation has hit academia 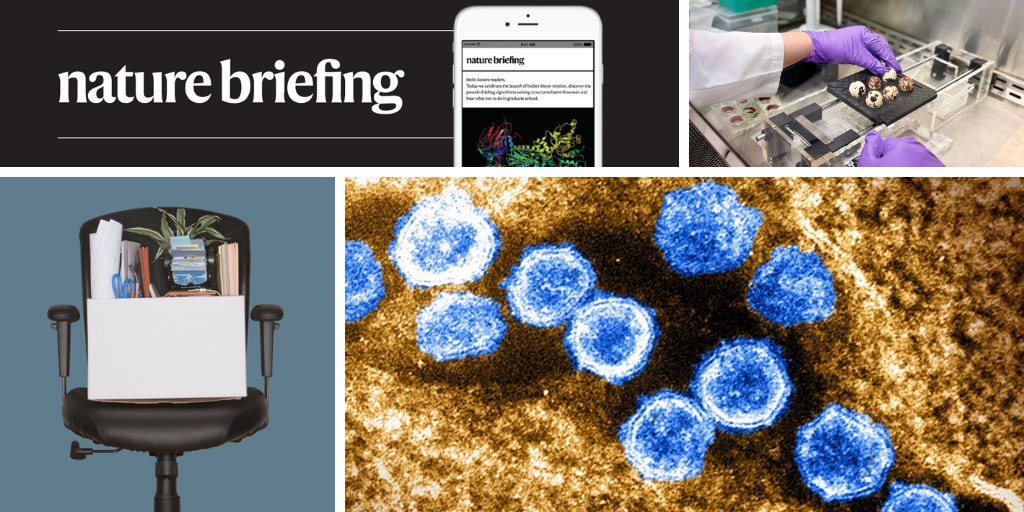 A wave of researchers is joining the ‘great resignation’ and quitting academia for good. Many scientists were already unhappy with long hours, crushing workloads, poor salaries and limited job prospects, and now they say the pandemic has sparked a re-evaluation of their careers and lifestyles. Some are announcing their exit to the world with the #leavingacademia hashtag. “COVID-19 is the straw that broke the camels’ backs,” says career coach Karen Kelsky.

Some researchers in Russia are moving to block academics from joining the prestigious Russian Academy of Sciences if they have supported the invasion of Ukraine. The academy, which elects new members every three years, has a poll coming up this week. Researchers are reported to be circulating names of candidates who have backed Russia’s invasion through pro-war letters or statements.

Retraction Watch has launched a Hijacked Journal Checker, a list of journals that mimic legitimate publications by adopting their titles and metadata. Academics can consult the list to avoid being duped into publishing in scam journals. Retraction Watch developed the tracker with researcher Anna Abalkina, who has spent huge amounts of time checking suspect journals.

The Omicron family now includes BA.2.12.1, which is gaining ground in North America, as well as BA.4 and BA.5, which are spreading rapidly in South Africa. But how are these subvariants named? A group of researchers labels them by looking at their evolutionary history, mutations and whether they have emerged more frequently over time. “You probably won’t hear of most of the lineages we name,” says evolutionary biologist Andrew Rambaut, because they cannot compete with other versions of SARS-CoV-2 and so disappear.

It’s a cruel conundrum that few companies are willing to invest the millions of dollars required to develop drugs for rare childhood cancers, despite the devastating impact of these diseases. “How on Earth are you going to make money treating 300 kids a year with rhabdomyosarcoma?” asks Charles Keller, scientific director of the Children’s Cancer Therapy Development Institute (cc-TDI) in Oregon. But cc-TDI is trying to change that calculus and move therapies for rhabdomyosarcoma and other childhood cancers closer to clinical trials.

Controversy erupted when the US Food and Drug Administration (FDA) approved the landmark Alzheimer’s drug aducanumab in 2021, despite warnings that there was insufficient evidence that it worked. To avoid a similar fiasco, the fast-track approval process it went through must be fixed, says physician Jason Karlawish. The FDA must be more transparent about its assessments and clearly label drugs that received accelerated approval, he argues.