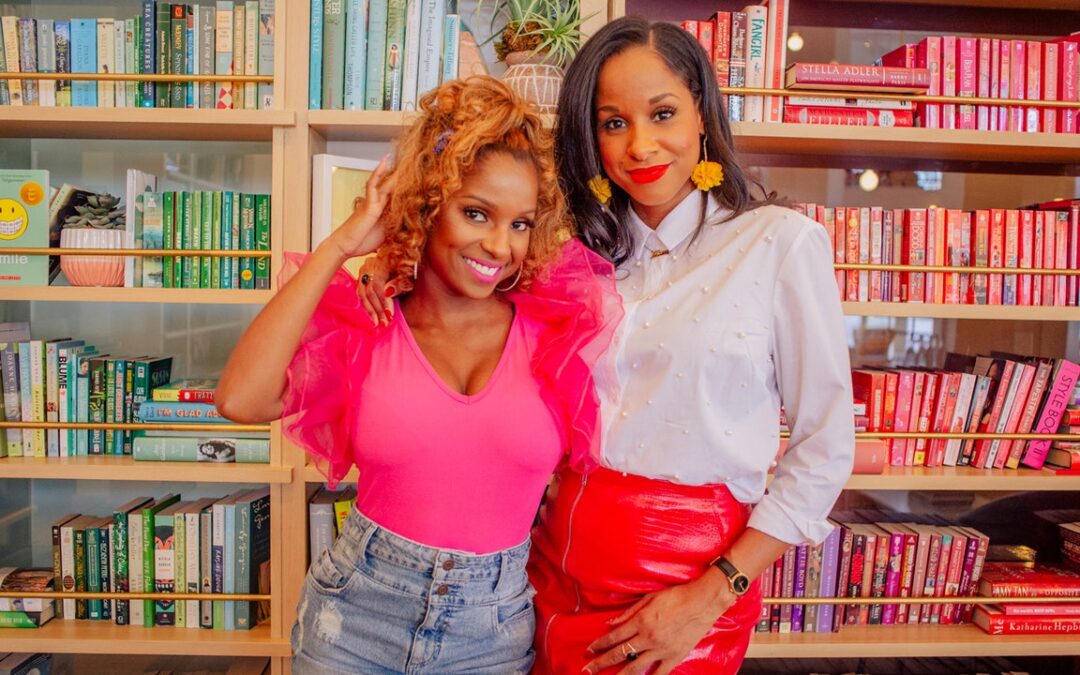 Seeing success in the beauty industry as more collaborative than competitive is also the blueprint for Luna Magic’s in-the-works one-day symposium in New York and Los Angeles called Mentor Magic. After having fielded questions on a weekly basis about what it takes to launch a brand from various walks of life, the sisters are gathering what they’ve learned so they can share that info in a formalized way.

“There’s enough of the piece of the pie for everybody, there’s enough money to be made for everyone,” says Mabel. “We can all succeed. In the same way, there are hundreds of hair-care and skin-care brands for women not like us, we can co-exist.”

The community Luna Magic’s gained in only four years trusts the founders’ judgment and advice, as well as a ton of trust in their products. The shadow palettes are particular crowd-pleasers, with plenty of options for both rich, soft glam neutrals (“Desnuda”) and jewel tones prime for Carnival (“Goddess“).

The items that have reached holy grail status (and are often bought in bulk, according to Mabel) are the best-selling mascara primer Va-Va Pink and the voluminous Rebelde lashes. Adorably, these products are also the ones Mabel and Shaira, who are 15 months apart, chose when asked what item represented the other. As Shaira says about Mabel, “She’s the base to my mascara.”

Rebelde is one of the items given what Shaira calls those Latin winks (remember those shout-outs?) that customers have been picking up like Easter eggs throughout the Luna universe. Shaira says they get a lot of comments from customers saying the products remind them of something from their past. “We name a lot of our products from telenovelas [such as Rebelde. Xica da Silva. Usurpadora], childhood. [We reference the astrologer] Walter Mercado. Everything ties back to our culture.”

The founders say their customers are a multicultural mix, with Latinx and African-Americans at the forefront, purchasing the faux and real mink lashes the most. White buyers come in third and are most interested in Va-Va Pink.

That devotion to culture and “energy” — the word Mabel says they constantly hear from fans describing the brand — reinforces Luna Magic’s #lunamood, the hashtag they use on all the brand’s social media posts.