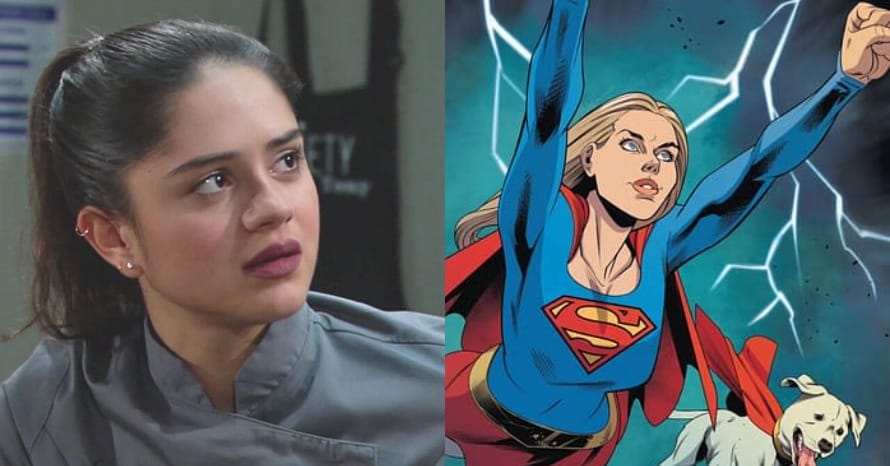 Sasha Calle, who will play Supergirl in The Flash reflected on being the first Latina actress to play the character.

The upcoming DC Extended Universe film The Flash will not only feature the return of Michael Keaton as Batman, but will also include the cinematic debut of Sasha Calle as Supergirl. This will be the first time the character appeared in a big screen film since 1984’s much-maligned film which starred Helen Slater in the role.

As the first Latina actress to play Supergirl, Sasha Calle reflected on being cast in The Flash, and expressed her gratitude for the opportunity to represent her culture in a big superhero movie with DC:

“Representation in the entertainment industry really matters, and I’m super honored, honestly [to be the first Latina Supergirl]. There was a moment when we were shooting, when Andy [The Flash director Andrés Muschietti] was like, ‘Hey, come over here and watch this scene on the playback monitor.’ And I go over and I see her [Supergirl], and she’s in her full glory. And suddenly, I got really emotional. Because I’m looking at that, and I’m like, “Wow, I wish I would have had this when I was little.” It meant a lot to me. I turned into child Sasha watching this person [on the screen]. So it’s really important. And I’m really happy and really thankful to DC and Warner Brothers for doing this now. It’s so cool that we’re doing this, and, ya know, it’s about time.”

While Sasha Calle’s Supergirl will make her debut in The Flash, she will not be the only representation we see in the ongoing DC Extended Universe. For example, Shazam! Fury of the Gods will introduce West Side Story star Rachel Zegler in one of the new roles, and In the Heights star Leslie Grace will also be introduced as Batgirl in the upcoming HBO Max original film. Also, Blue Beetle, which will star Xolo Maridueña in the titular role, is currently in production, so it’s safe to say that Warner Bros. is really giving Latinx performers the representation they’ve anticipated for quite some time, especially in a comic book film franchise.

The Flash opens on June 23, 2023. Stay tuned for all the latest news regarding Sasha Calle’s future as Supergirl in the DCEU, and make sure to subscribe to our YouTube channel for more content!