The director will see you now 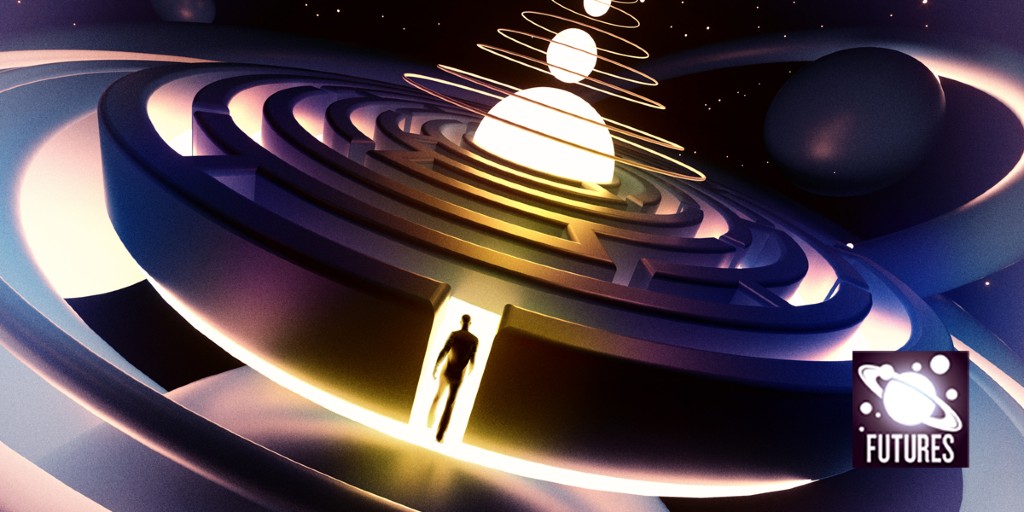 “She’s a political appointee. She won’t have a clue.” Leonarda Loos, former principal investigator on the Lunar SETI project, brushed down her jacket.

“Don’t be so sure.” Simon Traynor, Loos’ PhD student, looked serious — but then he always did. He was that sort of PhD student. “The director was something big in a TV company specializing in reality shows. She might not know what a blind injection is, but she’ll grasp the concept of faking things immediately.”

The secretarial AI’s screen avatar winked at them. Loos made a mental note to contact IT Support. It wasn’t supposed to do that. “You can go in now,” said the avatar.

“Leonarda, Simon — so good of you to spare the time. Sit, sit.” Farside director Liz Calvert indicated the visitors’ chairs. “So, you’re here to tell me about blind injections. I’m a bit worried — I don’t like needles.” She laughed at her own joke.

“There aren’t any nee …” Traynor cut off as his boss elbowed him in the ribs.

“It’s simple, really,” said Loos. “The signals we’re looking for are on the edge of detectability. Scientists are fallible. It’s easy for wishful thinking to take over, especially with as emotive a subject as the search for extraterrestrial life. We’re looking for small variations in a constantly varying background. As a result, the data are processed blind, without context, and the team is aware that we might introduce a fake signal — a blind injection — to check system capabilities. Blind injections have been used very effectively in gravitational-wave detection, for example.”

“Could you show me how it’s done?” asked Calvert, waving vaguely at her computer.

“Only from our office,” said Loos. “That’s protocol. We remain totally separate from the detection team. That way we can’t influence their interpretation of data. We’re not even allowed to share lunch tables.”

“Bright rats?” said Calvert. “Is this something to do with parliamentary special advisers?”

“No,” said Loos, quickly. “It was an experiment in the ’60s. Researchers testing rats in mazes were told one group of rats were especially bright. And those rats did twice as well as the ordinary variety. In reality, though, they were all the same. Just knowing the rats should be brighter influenced the outcome. We can’t afford to let the Lunar SETI team know if there has been a blind injection.”

“Let’s go to your office, then,” said Calvert. She held the door for them, then strode off down the corridor. “Remind me,” Calvert said, “why you are no longer principal investigator.”

Loos flushed. “I’ve always taken an interest in the data,” she said. “My new job ensures their integrity.”

“But it was a demotion,” said Calvert.

“And connected with the departure of the previous director?”

“Whistleblowers rarely flourish,” said Calvert. “You’re lucky they didn’t give you the elbow. Still, it’ll only be called the Walter T. Grossman array for another few months, so your sacrifice achieved something. Is your office directly connected to the dark side of the Moon?”

“The Moon doesn’t have a dark side,” said Traynor.

“No, it’s not,” said Loos, ignoring her assistant. “Data collection is from the farside telescope array, but it’s all processed here. The blind injection goes directly into the collation system. It looks just as if it came from the Moon.” She unlocked her office door and ushered the director in. Loos nodded at Traynor.

“It’s a simple system,” said Traynor. He touched an icon on the screen. “I just enter a date and time and a few simple parameters here, then press the go button.”

There was a pause. “Go ahead,” said Calvert.

“I’m sorry, director, we can’t,” said Loos. “If you know that we’ve done it, the injection is not blind.”

“Are you suggesting that I can’t keep a secret?” asked Calvert.

“No, of course not,” said Loos, hoping she was loud enough to cover Traynor’s inevitable ‘Yes’.

Loos shrugged and pushed Traynor aside. She set a series of parameters and touched the ‘Store’ button.

“Thank you,” said Calvert. She smiled briefly. “That wasn’t too hard, was it?” Without waiting for an answer, she swept out of the room.

Traynor looked from the screen to his boss. “You do know you only recorded the parameters? The injection hasn’t gone live.”

“Yes,” said Loos. “And now we delete it from the record.” Calvert burst through the door and Loos quickly shut down the program.

“Have you seen the rumours on Twitter?” Traynor asked. “Someone leaked the 23-05 results. They’re saying there was a clear alien signal.”

“They haven’t checked the blind injection log yet,” said Loos. “In 30 seconds, they’ll find there wasn’t one and really start to celebrate.” By tradition, the blind injection team weren’t invited to the public reveal, but they could hear the countdown, chanted from the press briefing room. Seconds later, they heard a collective moan of disappointment.

“Oh shit,” said Loos. “I never deleted the record of the injection that never happened. A real signal’s been flagged as fake.”

“We’ve got to tell them,” said Traynor.

“No, we wait. Hopefully the signal will be there again in the 23-09 run, and by then it’ll be the Bell–Burnell array’s discovery. If it isn’t, then we’ll discover a system error. Sometimes science means learning the value of silence, so shut the smeg up.”

“Was that a Red Dwarf reference?”

Brian Clegg reveals the inspiration behind The director will see you now.

The starting point for this story was Harry Collins’ fascinating book Gravity’s Kiss, taking a sociologist’s view of the search for gravitational waves. Collins describes the impact of the use of blind injections — fake observations used to test the responses of those analysing the data — on those involved. How, for example, the practice can influence morale. The first gravitational-wave detection was also accompanied by a significant amount of speculation and leakage on social media, which again seemed an interesting trend, particularly with large-scale projects of this type.

I also was aware of the difficulty faced by a whistleblower in academia and wanted to highlight this without making it a heavy-handed polemic. And I think we’ve all met PhD students like Simon Traynor who perhaps lack the sense of humour and world-weariness of the experienced principal investigator. Was the decision that Leonarda Loos made a good one in scientific terms? I’m not sure — but it’s certainly a human one.