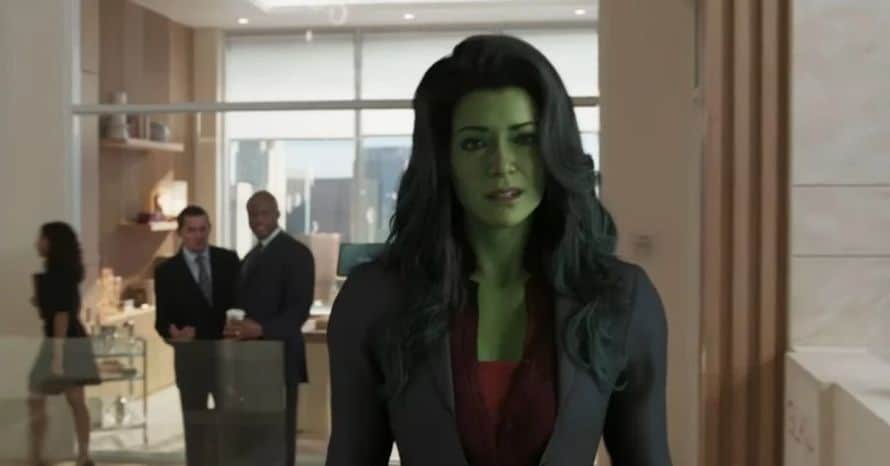 She-Hulk: Attorney at Law will introduce Tatiana Maslany to the Marvel Cinematic Universe as Jennifer Walters, the cousin of Mark Ruffalo’s Bruce Banner. Jennifer’s a lawyer who soon finds herself transformed into a Hulk-like form, similar to her cousin. In the comics, this transformation was brought about as the result of a blood transfusion Jennifer received from Bruce, though it is not yet clear what route the series will take with She-Hulk’s origin story.

The new images show both sides of Tatiana Maslany’s character, juxtaposing her human form as Jennifer Walters with She-Hulk. Amongst the images, which form part of Fathead’s Marvel range, is one that echoes the cover of The Savage She-Hulk #1, the character’s first appearance in Marvel comics.

Check out the images below:

The first trailer for She-Hulk: Attorney at Law drew some criticism over the seemingly poor CGI on display, though an updated version of the trailer released on Disney Plus appeared to fix this. Unlike the MCU’s other superpowered individuals, Tatiana Maslany’s She-Hulk doesn’t seem too interested in becoming a superhero. Instead, she is continuing to focus on her work as an attorney, in a show that Marvel Studios president Kevin Feige has called “a half-hour legal comedy.”

Here is the synopsis for She-Hulk: Attorney at Law:

She-Hulk: Attorney at Law premieres on Disney Plus on August 17th. Stay tuned for all the latest news surrounding the upcoming Marvel series, and be sure to subscribe to Heroic Hollywood’s YouTube channel for more original video content.