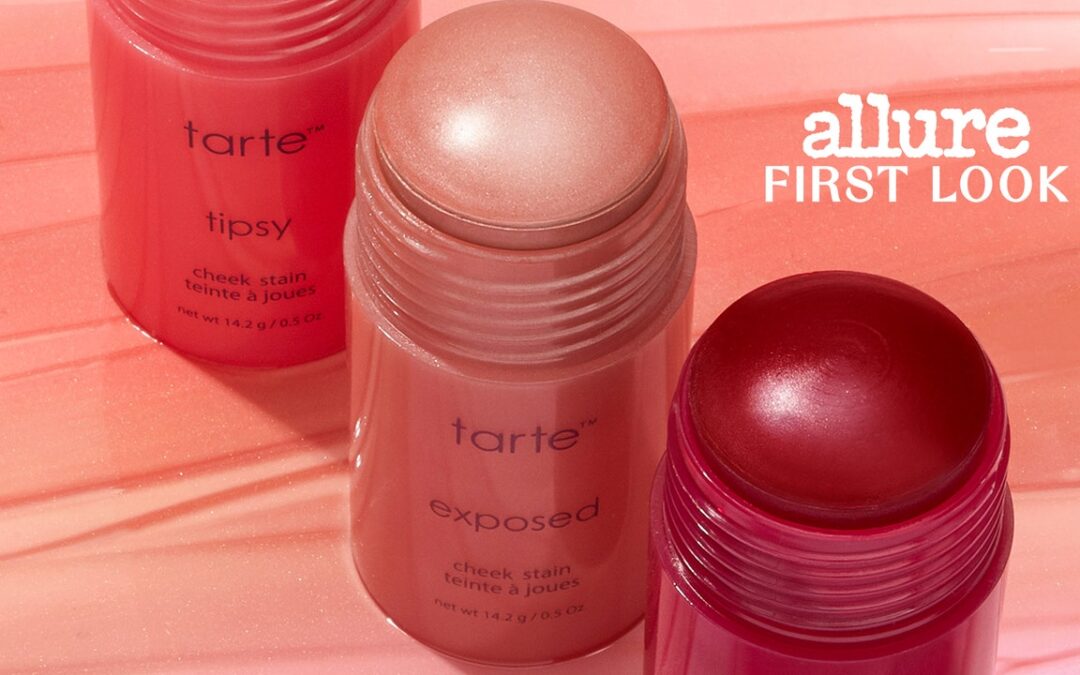 Before there was Shape Tape, there was Cheek Stain. In fact, even before there was Tarte — the makeup brand started by Maureen Kelly in her one-bedroom apartment in New York City circa 1999 — there was a (very) early version of the blush stick.

Kelly recalls being just six years old and using watercolor paints and shaving cream to concoct a mixture she’d dab on to mimic the “natural, beautiful flush” her mom always had on her cheeks. “It was the pinnacle of beauty [to me],” says Kelly.

So when she set about creating a line of easy-to-use products years later, starting with blush “just felt right,” says Kelly. She worked with a lab to create a lightweight formula that delivered a natural-looking flush of color. But that’s not all: “I wanted it in stick form so that you could smile, dot it on, and blend it out with your fingers.” (The fact that the formula was water-based helped make this possible — these types of formulations blend more easily than their creamy counterparts, cosmetic chemist Ginger King has previously told Allure.)

While there are stick forms of foundation, bronzer, highlighter, and more these days, it was a novel concept back in 1999. The bold move put Tarte on the map — and paved the way for the brand to ink deals with major department stores and eventually, specialty retailers like Sephora. Personally, I’ll never forget marching out of those black and white doors as a teen with a Cheek Stain-sized bag proudly in hand.

But a few years ago, Cheek Stain rode off into the sunset — though consumers (yours truly included) never forgot about its weightless feel and dewy finish. So, in response to the cries of legions of Tartelettes the world over — drumroll, please — Cheek Stain is finally coming back, albeit for a limited time (though when asked about it rejoining the permanent lineup, Kelly says she’d “never say never”).

The famous stick will be available in the shades Flush, a red berry, Tipsy, a pink-tinged coral, and Exposed, a luminous bronze. Founder and CEO Kelly is eager to please existing Cheek Stain fans (while the packaging is updated, the formula is exactly the same as the original), as well as welcome new ones. “This new generation is really into creamy and dewy formulas again,” she says.