Taming stars, and how do birds smell? Books in brief 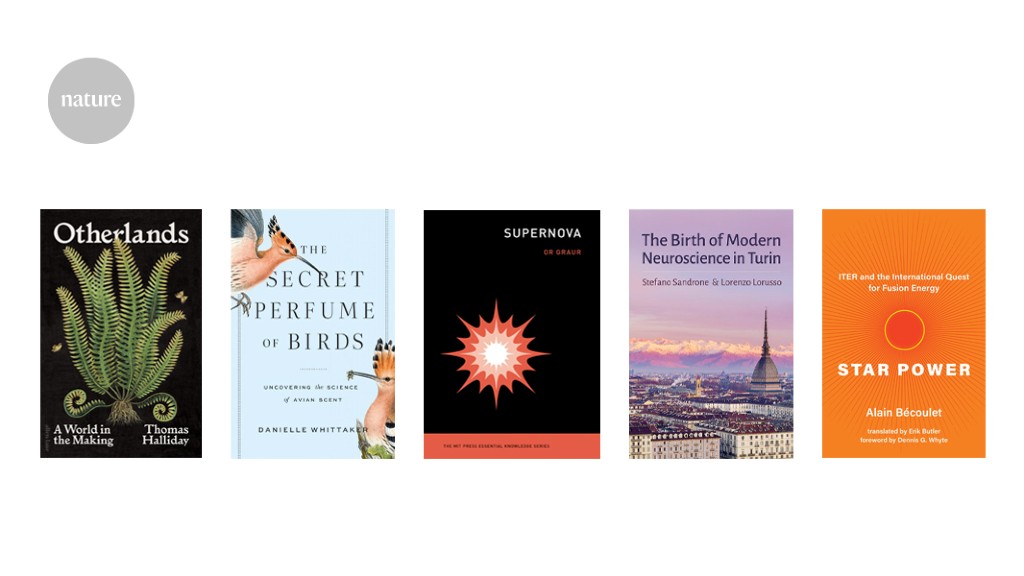 The experimental nuclear fusion reactor ITER is probably the most expensive scientific experiment ever. Construction began in France in 2013; completion is scheduled for 2025. Alain Bécoulet, ITER’s head of engineering, captures some 60 years of research in “the somewhat mad enterprise of domesticating the energy of the stars”. Fusing one gram of hydrogen into helium makes as much energy as burning eight tonnes of petroleum. Despite many technical challenges, results convince Bécoulet that the star-makers will succeed.

The Secret Perfume of Birds

A neurobiologist once told Danielle Whittaker that birds have no sense of smell, as if it were common knowledge, unworthy of her postdoctoral research. Unpersuaded, she pursued the subject. She found the theory’s origin in ornithologist John Audubon’s nineteenth-century experiments with vultures. Her study — mixing memoir, science and intellectual history — is a charming journey into “not just beaks, bulbs and behaviors” but “immune systems, hormones, genes, and bacteria”. Smelly chemicals made by birds prove vital to their lives.

Supernovae — exploding stars — were first observed as far back as ad 185, by Chinese astronomers. In 1998, their use to measure distances to faraway galaxies enabled the discovery that the Universe’s expansion is accelerating — part of an astrophysics revolution. “I sincerely hope that in ten years, twenty at most, this book will be woefully out of date,” writes astrophysicist Or Graur in his accessible introduction. It includes a periodic table coloured to show chemical elements formed from supernovae, such as calcium and iron.

Palaeontologist and biologist Thomas Halliday’s history of complex life begins near the end, in the Pleistocene epoch 20,000 years ago, and travels back to the Ediacaran period 550 million years ago. Each chapter evokes a single site, ranging from Alaskan plains once dominated by mammoths to Australian hills that carry the traces of microbial mats. This imaginative — if stingily illustrated — portrayal of “a series of worlds, simultaneously fabulous yet familiar” is ever fossiliferous but never fossilized.

The Birth of Modern Neuroscience in Turin

The city of Turin in Italy has seen key contributions to neuroscience, starting with early-nineteenth-century anatomical drawings by Luigi Rolando. During the Second World War, Nobel laureate Rita Levi‑Montalcini set the stage for her discovery of nerve growth factor in her bedroom laboratory, after being dismissed from Turin University under anti-Jewish laws. They are among many figures in this pioneering study edited by neuroscientists Stefano Sandrone and Lorenzo Lorusso — neither of whom works in Turin.