Straight-swimming bacteria and recycling CO2 — the week in infographics 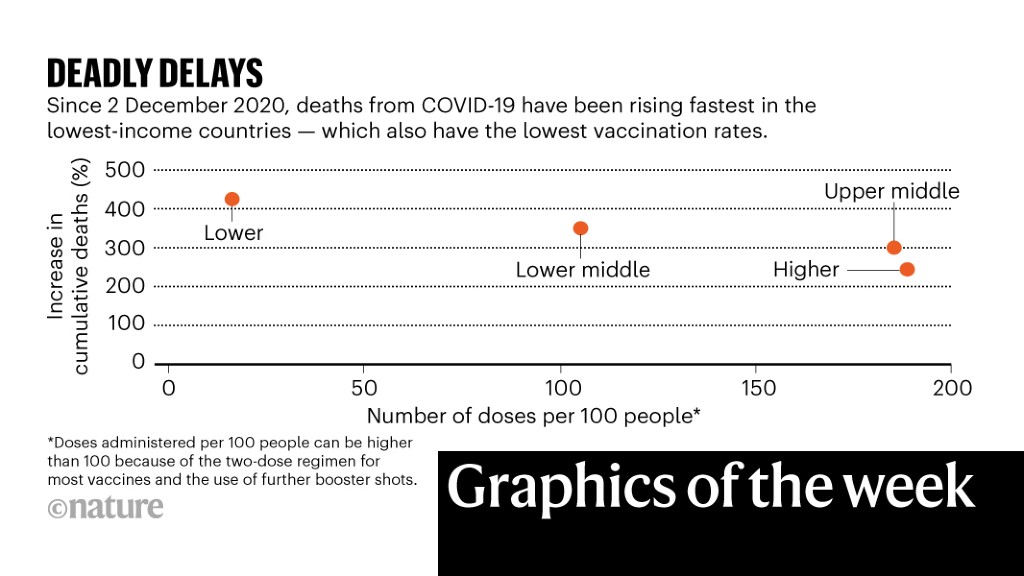 Last September, more than 100 governments committed to vaccinating at least 70% of the population in every country by September 2022. A Comment article in Nature suggests that nearly 100 countries will fall short of that objective. Those missing the target include four out of five African nations, and most countries in Central America and the Middle East. Seventeen high-income nations, including Poland and Oman, are not on track to reach this goal either. At its current pace, Slovakia will not vaccinate 70% of its population until May 2026. Such delays translate into millions of avoidable hospitalizations and deaths — and, in general, deaths from COVID-19 have been rising the fastest in the countries and regions that have the lowest vaccination rates.

CO2 gets a new lease of life

Industrial carbon dioxide emissions are warming the climate, and many countries are working on capturing the gas and storing it underground. But a number of companies are exploring another way to deal with CO2: recycling it. Sometimes called upcycling, this approach is set to generate a wide array of products, ranging from vodka and diamonds to fuels, polymers and building materials. However, tough questions remain about whether CO2 recycling genuinely benefits the climate. Many of the products made in this way only briefly delay CO2’s journey into the atmosphere — fuels are burnt, plastics degrade and the CO2 consumed during their creation is released again.

Bacteria are propelled forwards by helical filaments called flagella, which are each attached to the cell body by a flexible hook structure. The cell body is angled in a direction that is not perfectly aligned with the flagella, which causes the bacteria to move along helical, rather than straight, trajectories. A paper in Nature now shows that, when a bacterium encounters a particle, a hydrodynamic phenomenon called boundary-induced torque bends the hooks, reducing the misalignment between the flagella and the cell body. The result is that the bacteria swim straighter and faster.