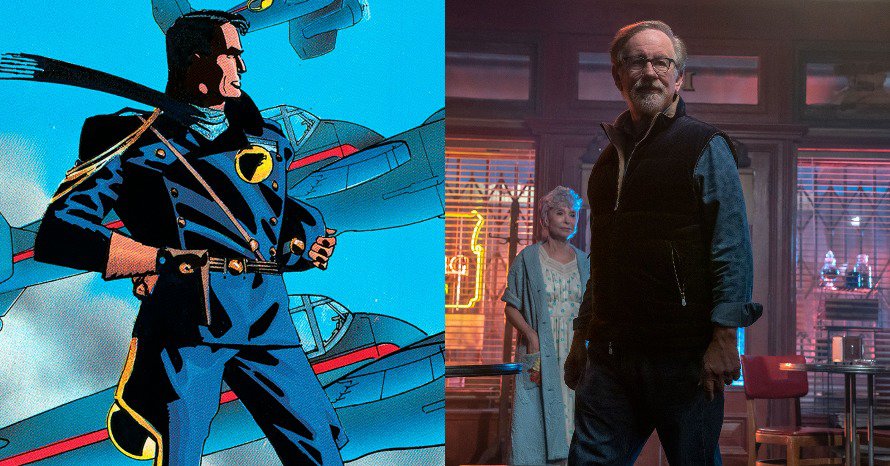 The writer of Steven Spielberg’s Blackhawks film gave an update regarding the potential DC Comics adaptation.

The future of DC Comics on film is quite interesting to say the least. After a few stumbling blocks early on, it seems like Warner Bros. is finding some footing in both its DC Extended Universe and films separate from that such as Joker and The Batman. Numerous projects have been announced to be in the works, and one of the more intriguing projects was a Blackhawks film that would have Steven Spielberg producing and potentially eyeing as one of his next directorial efforts.

Few updates have been announced regarding the status of DC’s Blackhawks, especially with Steven Spielberg currently hard at work on his upcoming film The Fabelmans as well as promoting his updated take on West Side Story during awards season. However, writer David Koepp gave an update to Collider regarding the film, and citing the changing of leadership over at Warner Bros. and DC Films, stalling the film’s development for the time being:

“We have a script that’s very good and we all think it’s very good. There were a lot of management changes at Warner Bros., so I think we’ve just been kind of waiting for that to settle down and for them to decide what they want to do with their DC Universe. Obviously I hope [Steven Spielberg directs it], or if he doesn’t direct it, I hope he produces it, someone great directs. Because it would be a great deal of fun. I’m very fond of the script and I hope it comes together. But again, that’s one of those movies that’s gonna need $200 million so, trying to get those whales off the beach is a big process.”

David Koepp confirmed that Steven Spielberg’s Blackhawks was not intended to tie into the ongoing DC Extended Universe, but did not dismiss the possibility of that happening:

“No, and it would be hard because it’s 1941 or 1940, actually. So it would be a little tricky. As we were developing the script, we said ‘Hey, let’s make one great movie. It’s 1940, that’s the way it is.’ And if it works out and in the future they decide they want to unite anybody, I’m sure time travel will not be a problem. Because comic books have a great way of figuring that stuff out. ‘We need Wonder Woman to be there!’ Fine. Well, then she can, because of the ‘Prometheus Portal.’ I’m like, ‘What’s the Prometheus Portal.’ ‘You don’t know about the Prometheus Portal?’”

Steven Spielberg is known to eye many different projects, some that do see the light of day, and some that don’t. Several years back, he was eyeing to direct Robopocalypse and The Kidnapping of Edgaro Mortara, but those projects were cancelled. Nothing concrete has been made regarding the status of DC’s Blackhawks, but the prospect of Steven Spielberg returning to make another WWII-set film as well as bringing a DC Comics property to life would be quite exciting to see.

Steven Spielberg’s West Side Story is now available to own on 4K Ultra HD Blu-ray, Blu-ray, DVD, Digital HD, and is currently available to stream on both Disney Plus and HBO Max. Be sure to continue following Heroic Hollywood for all the latest news on Blackhawks and other future DC Comics films, and be sure to subscribe to Heroic Hollywood’s YouTube channel for more original video content.