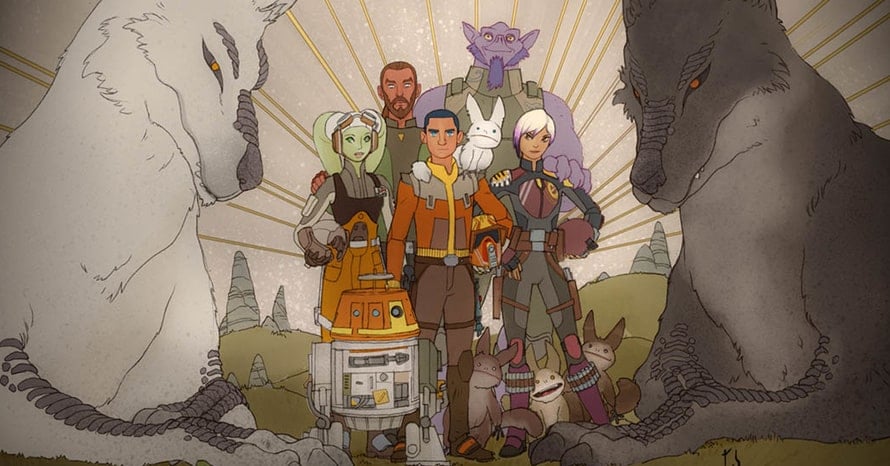 The first footage from Ahsoka was revealed during the Mando+ panel and teases the return of Hera and Sabine from Star Wars Rebels.

During the Mando+ panel at Star Wars Celebration, an extended look at The Mandalorian season three was shown, which contained the return of Babu Frik, and the ruins of Mandalore, among other quick shots. Towards the tail end of the panel, we also got confirmation of a few elements of Star Wars Rebels that will be in Ahsoka.

First up, we got Chopper rolling onto the stage, followed by Natasha Liu Bordizzo, who appeared to confirm her casting as Sabine Wren. Despite shooting Ahsoka for only three weeks, a quick sizzle reel was also shown to the crowd.

In the first Ahsoka footage, we get quick shots of Ahsoka in a ship, a shot of Hera Syndulla from behind in a base, and the return of the droid Huyang from The Clone Wars, voiced by David Tennant in the animated series. The Ahsoka sizzle reel ends with the artwork of the Star Wars Rebels Ghost crew and Sabine walking up to it.

Here is the synopsis for the currently ongoing Star Wars series, Obi-Wan Kenobi:

Obi-Wan Kenobi episodes hit Disney Plus every Wednesday. Stay tuned for all the latest news surrounding Ahsoka, The Mandalorian season three, and be sure to subscribe to Heroic Hollywood’s YouTube channel for more original video content.