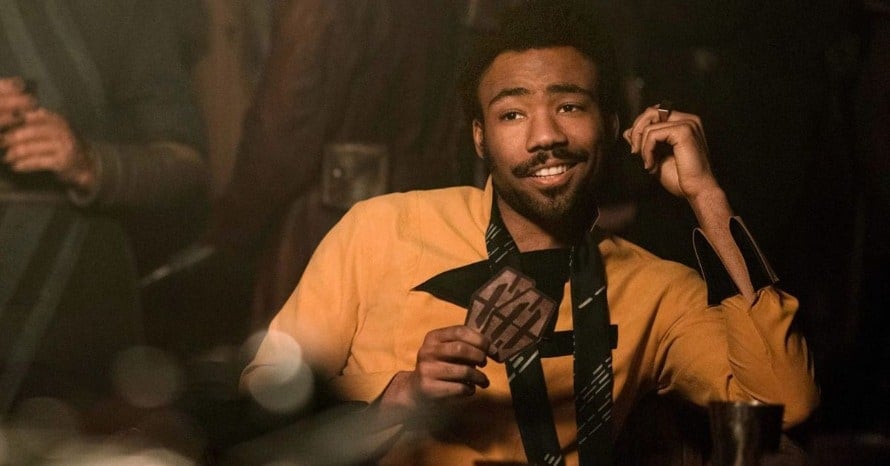 Back in December 2020, Disney Investor Day was held, in which the different verticals of The Walt Disney Company presented some of the new content that was in the works. Kathleen Kennedy, President of Lucasfilm, announced some of the new Star Wars series that were in development for Disney Plus, and one of those series that was revealed to be in development was Lando, which had Dear White People creator Justin Simien involved. Given the announcement of that project, some have expected to see Donald Glover return to reprise his role from Solo.

However, no new announcements have been made regarding Lando since it was first revealed to be in development back in December 2020. During Star Wars Celebration Anaheim, Kathleen Kennedy was asked by CinemaBlend about the status of the project, to which she cited Donald Glover‘s busy schedule as a current roadblock:

“You need to ask Donald. He’s the one that holds all the cards here. But there’s no movement. I will say that honestly. But it’s not for lack of trying. It’s just that he’s a very busy guy. … He’s got another series, and I think one other thing, and then he’ll come our way. So patiently waiting.”

Despite her recent comments regarding Lucasfilm’s decisions in recasting iconic roles in Star Wars, Kathleen Kennedy seems eager to bring Donald Glover back as Lando Calrissian in some way. It’s not all that surprising that the actor is wanted back. After all, he’s a multi-hyphenate artist who is not only known for his acting, but also as a writer, having created the Emmy-winning FX original comedy series, Atlanta. Along with his career on film and television, Glover is also known for his music career as Childish Gambino.

As extremely busy Donald Glover is, here’s hoping that he will once again portray Lando Calrissian again in the future. Despite the box office failure of Solo: A Star Wars Story, his portrayal of the young smuggler originally portrayed by Billy Dee Williams was widely acclaimed, and even Kathleen Kennedy herself is hopeful for his return, despite her comments hinting that Lucasfilm will no longer recast iconic roles.

Board the Millennium Falcon and journey to a galaxy far, far away in Solo: A Star Wars Story, an all-new adventure with the most beloved scoundrel in the galaxy. Through a series of daring escapades deep within a dark and dangerous criminal underworld, Han Solo meets his mighty future copilot Chewbacca and encounters the notorious gambler Lando Calrissian, in a journey that will set the course of one of the Star Wars saga;s most unlikely heroes.

Solo: A Star Wars Story is available on 4K Ultra HD, Blu-ray, DVD, and Digital HD. It is also streaming on Disney Plus. Stay tuned for all the latest news on Kathleen Kennedy and the Donald Glover Lando series, and subscribe to Heroic Hollywood’s YouTube channel for more original video content!