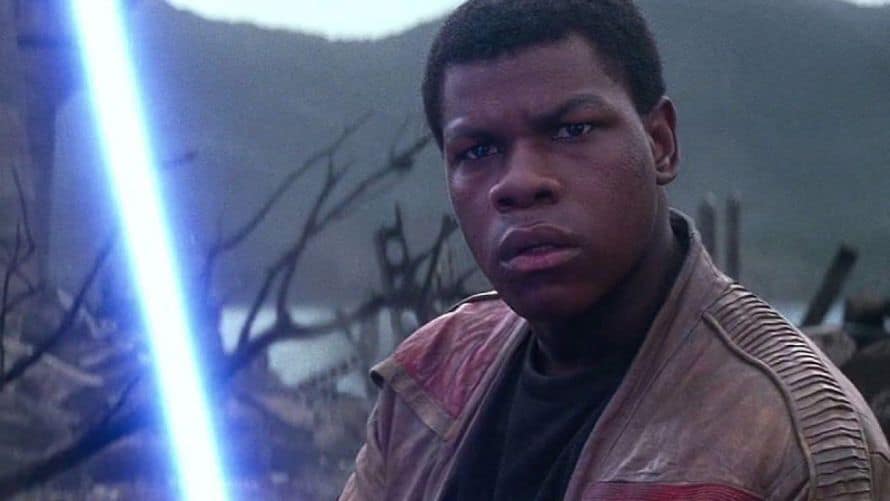 The Star Wars Sequel Trilogy has been subject of much debate amongst fans. While not without its defenders, the films are often criticized by certain segments within the fandom, with some criticizing the trilogy’s lack of cohesion due to varying narrative visions from both J.J. Abrams and Rian Johnson. The trilogy concluded with The Rise of Skywalker in 2019, and many of the trilogy’s criticisms further came into light – most notably the use of Finn (John Boyega), whom was heavily promoted in The Force Awakens in 2015 wielding a Lightsaber and seemingly received a downgraded role in the following two films.

Artist Jon McCoy, whom worked on Star Wars: The Rise of Skywalker shared a portfolio of concept art he created for the film. One particular piece of concept art showcases the third act climactic battle in which Finn leads a battalion on horseback. In this concept art however, we see him wielding a Lightsaber for the first time since his ill-fated battle with Kylo Ren (Adam Driver) in The Force Awakens. Ultimately, this idea was not used in The Rise of Skywalker:

Among the many criticisms that the Star Wars Sequel Trilogy has received, one of the most common is the treatment of Finn. Months after the release of The Rise of Skywalker, John Boyega opened up about his disappointment working in the franchise, criticizing Disney for promoting his character heavily in the first film, only to sideline him in the following sequels. After all, the poster for The Force Awakens will always have Finn wielding a Lightsaber, which was heavily marketed for the film that remains the highest-grossing film at the U.S. domestic box office of all-time.

This unused concept art for The Rise of Skywalker that seemingly depicts Finn wielding a Lightsaber in battle serves as an interesting concept that could’ve been exciting to see in the final film of the Star Wars Sequel Trilogy. In fact, it could’ve been a satisfying conclusion for Finn’s arc in the trilogy that lives up to what was set up in both The Force Awakens and The Last Jedi. As of right now, the future of Finn in the franchise remains dormant at the moment, but fans are still holding out hope that the character will receive better treatment in future stories.

Star Wars: The Rise of Skywalker is available on all formats. Be sure to continue following Heroic Hollywood for all the latest news in Lucasfilm’s iconic franchise, including the future of John Boyega’s Finn, and be sure to subscribe to Heroic Hollywood’s YouTube channel for more original video content.