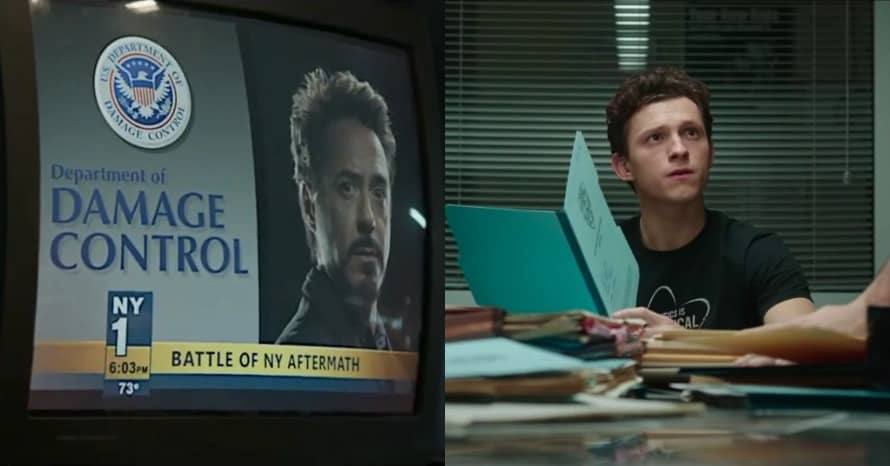 Amongst the many Easter eggs of Spider-Man: No Way Home is the unexpected return of a Damage Control character last seen in Spider-Man: Homecoming.

Spider-Man: No Way Home sees the return of Damage Control, a joint venture between Stark Industries and the Federal Government established to clear up the devastation left in the wake of the Avengers’ battles. Damage Control were originally introduced to the MCU in 2017’s Spider-Man: Homecoming. This time around, however, they were responsible for investigating Peter Parker after Mysterio framed him for the drone attack seen in Spider-Man: Far From Home.

One eagle-eyed fan on Reddit noticed a returning character amidst Damage Control’s ranks, in a blink-and-you’ll-miss-it cameo. When Damage Control show up on Peter’s doorstep in No Way Home, Gary Weeks’ Agent Foster can be seen amongst the agents who have arrived to arrest Parker.

Foster was also seen in Spider-Man: Homecoming, where he was one of the agents who arrived to tell Adrian Toomes that Damage Control would be taking over his salvage operations, clearing up the wreckage from the Battle of New York. It was Foster who told Toomes “next time, don’t over-extend yourself,” earning himself a punch to the face from the man who would become the Vulture.

Foster’s return in Spider-Man: No Way Home was noticed by Redditor u/KostisPat257. Check out the post below:

While Agent Foster has only played a minor role in the MCU’s Spider-Man films and is easily overlooked in No Way Home, his return is a mark of Marvel’s impressive commitment to continuity. Both films show Damage Control in action in New York and so it makes sense that some of the same staff would be working on both cases. It’s small details like this that help tie the MCU together.

Here is the official synopsis for Spider-Man: No Way Home: