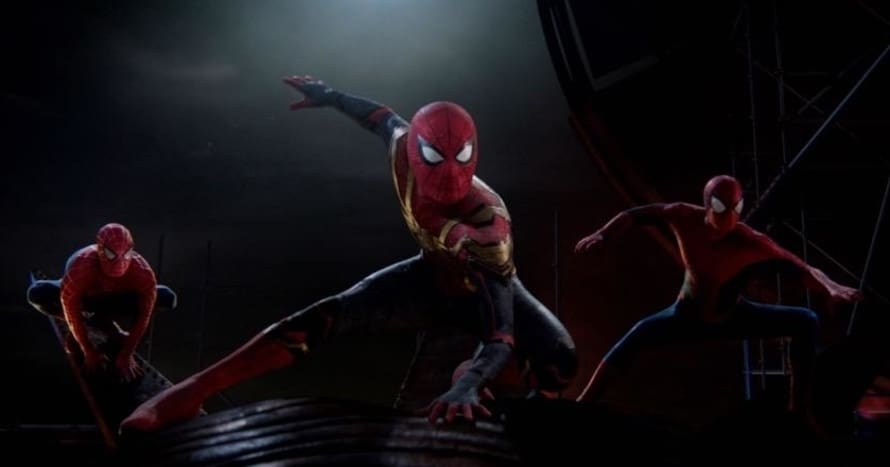 A cut piece of dialogue from Spider-Man: No Way Home implies that Andrew Garfield and Tobey Maguire could return.

Spider-Man: No Way Home expanded the Marvel Cinematic Universe by showing just how powerful and chaotic the multiverse could be. In addition to bringing in beloved villains, the Tom Holland threequel managed to do the impossible by getting Tobey Maguire and Andrew Garfield back into the franchise. The inclusion of the three Spideys teaming up launched the film to global success, making it one of the highest-grossing films of all time.

As the film wraps up, Tobey Maguire and Andrew Garfield return to their separate universes, after imparting a litany of wisdom onto Tom Holland’s Peter Parker. The final product doesn’t necessarily tease their return and while things may be developing behind-the-scenes, there’s no explicit confirmation that Maguire and Garfield will ever return to the franchise. However, a cut piece of dialogue from the film does tease their return.

The final scene between the trio has Tom Holland’s Peter hug the other two Spider-Men, wrapping up his goodbye with a simple “I’ll see you.”

The official special features for Spider-Man: No Way Home gives fans an intimate, behind-the-scenes look at the film, including a key moment that could have set up future projects. In an alternate take of Tobey Maguire and Andrew Garfield’s final scene, Holland’s Peter says “I’ll see you later,” to which Garfield’s hero replies “You know where to find us.”

It’s easy to imagine that this piece of dialogue was cut as it directly implies that Holland’s Peter Parker is able to visit his two spider-brothers down the line. Without the help of Doctor Strange, it seems practically impossible unless Parker has some way to develop his own multiverse suit. Beyond that, the dialogue was also likely cut to minimize the number of questions Maguire and Garfield would have to answer after the film’s release. Better to wrap things up in a neat little bow than to invite speculation over something that could potentially not happen!