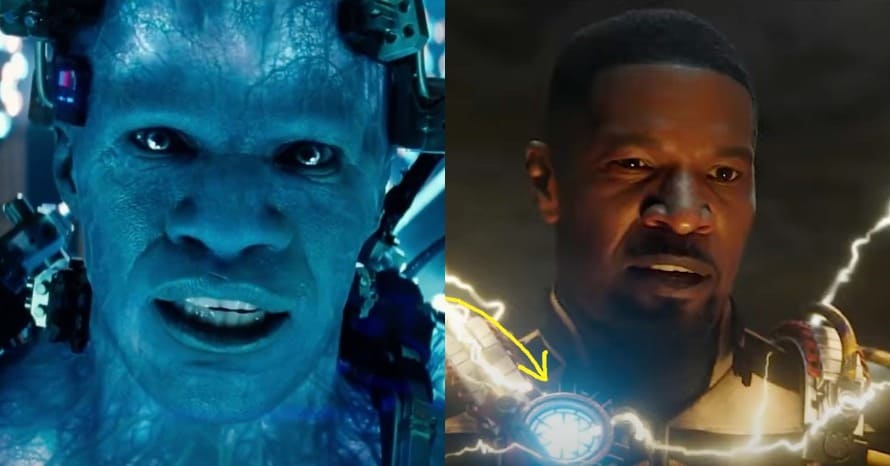 One of the radical changes Spider-Man: No Way Home made was changing the look of Jamie Foxx’s Electro. First seen in The Amazing Spider-Man 2, Electro’s look was a sparkly blue, which was a far cry from the character’s fantastical comic book look. When it came time to bring Foxx back into the crackly shoes of Electro, a conscious decision was made to strip away the character’s unique, sci-fi-like look for something more grounded.

Before the creative team landed on a stripped-back look that saw Electro rocking Stark tech as seen in the Spider-Man film’s finale, a comic-accurate look was explored. In the comics, the character is notably seen with a green and lightning-yellow suit, as well as a yellow mask that mimics lightning strikes. Sure, it’s not the sleekest look, but it’s worked for decades! And while the villain’s look rooted in the source material never manifested, artist Phil Saunders took to Instagram to share what Jamie Foxx could have looked like.

The scrapped look still sees Electro suited up in Stark tech, but the rays of lighting stemming from him make for a far more accurate look that comic fans know and love.

Spider-Man: No Way Home is playing in theaters and arrives digitally on March 22, while the 4K Ultra HD Blu-ray, Blu-ray and DVD are available in stores on April 12. Stay tuned for all the latest news surrounding the franchise and the potential future of Tobey Maguire and Andrew Garfield, and be sure to subscribe to Heroic Hollywood’s YouTube channel for more original video content.