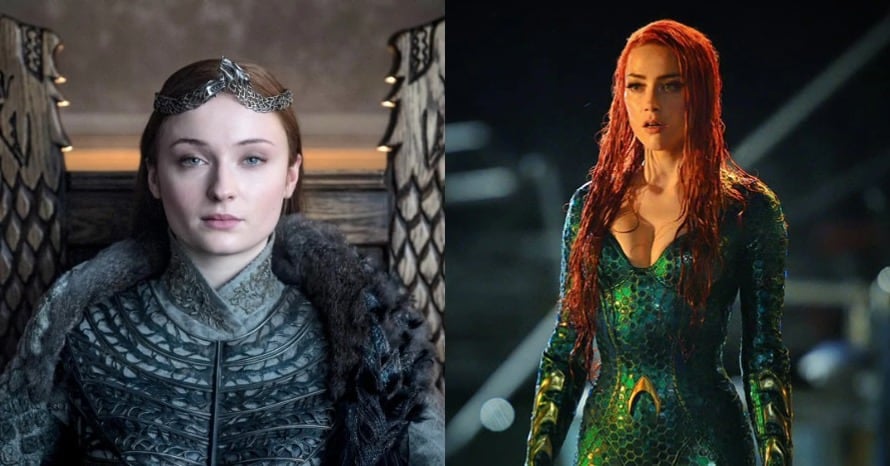 Amber Heard has announced she is walking away from the Aquaman franchise, with DC now eyeing Game of Thrones actress Sophie Turner as her replacement.

There had been questions for a while over whether Amber Heard, who played Mera in both Aquaman and Justice League, would be returning to the role. DC’s lack of confirmation that Heard would be back, with the radio silence continuing long after Jason Momoa’s return had been confirmed, seemed a little fishy. Many fans were left wondering if the role of Mera, who serves as a love interest to Momoa’s Aquaman, was likely to be recast. Now it has emerged that Sophie Turner of X-Men: Dark Phoenix fame will be taking on the role in next year’s Aquaman and the Lost Kingdom.

Sophie Turner previously appeared in Game of Thrones, which also featured Momoa (although the two shared no scenes). After enjoying the riotous successes of both the Game of Thrones finale and Dark Phoenix, Turner will surely be looking forward to joining forces with one of DC’s best-loved superheroes.

Little is known of why Amber Heard left the Aquaman sequel, though the actress has officially cited “creative differences” as the cause of her departure. According to April Fool’s News, director James Wan, himself an avid supporter of the online #RestoreTheSnyderVerse movement, had been in early talks with Heard and had insisted Mera maintain the sharper English accent she was heard using in the Snyder Cut and this may be why she was replaced with an English actress.