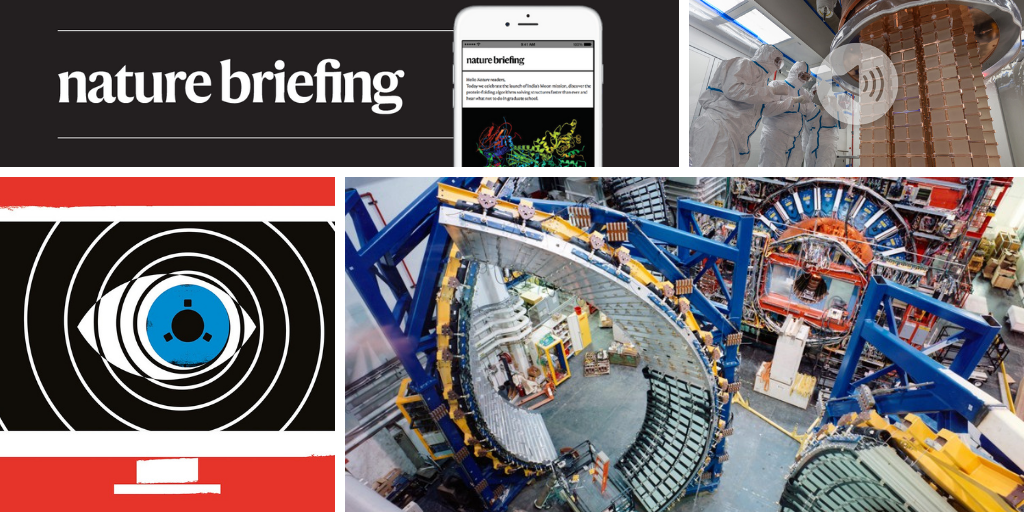 Physicists analysing data from a long-defunct experiment have found that the W boson — a fundamental particle that carries the weak nuclear force — is notably heavier than theory predicts. Although the difference between the theoretical prediction and experimental value is only 0.09%, it is significantly larger than the result’s error margins, which are less than 0.01%. The finding also disagrees with some other measurements of the mass. If it is confirmed by other experiments, it could be the first major breach in the standard model of particle physics, a theory that has been spectacularly successful since it was introduced in the 1970s.

On 2 April, the World Health Organization (WHO) said that it had found problems at a manufacturing plant in Hyderabad. India, that was producing Covaxin, Bharat Biotech’s COVID-19 vaccine. The company agreed to stop exports of the vaccine, which uses inactivated-virus technology. United Nations agencies that have procured the vaccine can no longer supply it and have asked countries to switch to other products. The WHO said that the company was “developing a corrective and preventive action plan”, but a spokesperson for the company told Science that it would continue to sell the vaccine in India.

Data from smaller studies can often remain siloed in the laboratories that generated them, fading from memory as project members leave. For the scientific community, that’s a tragedy of wasted effort, lost collaborative opportunities and irreproducibility. The good news is that more sophisticated data-management solutions are emerging. The FAIR Principles, which aim to ensure that scientific data should be ‘findable, accessible, interoperable and reusable’, have been adopted to inspire fundamental changes to how data are managed and shared.

In this week’s helping of short stories for Nature’s Futures series:

• There’s something funny going on in the letters page of an isolated valley’s local paper, in ‘In response to your reader’.

• Wishful thinking, false data and academic politics muddy the waters of an alien signal in ‘The director will see you now’.

Andrew Robinson’s pick of the top five science books to read this week includes an exploration of numeration in the animal kingdom, a heartfelt survey of forests by conservationist John Reid and Thomas Lovejoy (who is credited with founding climate-change biology) and an appealingly written history of death.

Researchers have built a detector surrounded by the coldest cubic metre in the known Universe to search for an ultra-rare nuclear process called neutrinoless double-β decay. The experiment, based in Gran Sasso in Italy, aims to understand why the Universe has a mysterious imbalance: it seems to contain much more matter than antimatter. The remarkable engineering feat required the stable operation of more than a tonne of experimental apparatus, at cryogenic temperatures close to 10 millikelvin, over several years.

On World Health Day yesterday, the director-general of the World Health Organization, Tedros Adhanom Ghebreyesus, launched a new ‘Peace for Health and Health for Peace’ initiative to find a path through conflict, the pandemic and the climate crisis. (USA Today | 5 min read)