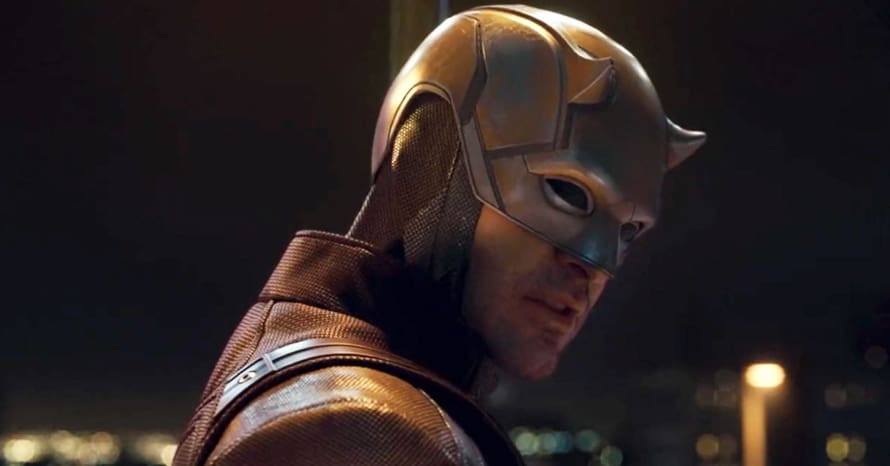 A new behind-the-scenes photo from She-Hulk shows Charlie Cox suited up as Daredevil.

The latest episode of She-Hulk saw Charlie Cox returning to the role of Daredevil, with the actor suiting up as the iconic Marvel hero for the first time since 2018. Now that his role in the series is no longer shrouded in secrecy, She-Hulk star Jameela Jamil has shared a behind-the-scenes photo from the set of the Disney Plus project, featuring Cox in costume.

The behind-the-scenes photo from She-Hulk offers fans closer look at Matt Murdock’s upgraded Daredevil suit for the Marvel Cinematic Universe. As revealed in the episode, Matt’s new suit, which features a red and yellow color scheme, was designed by Luke Jacobson, a superhero tailor. You can check it out below.

During the most recent D23 Expo, Marvel’s Kevin Feige revealed that Charlie Cox is getting a new Daredevil series on Disney Plus, co-starring Vincent D’Onofrio as Wilson Fisk, a.k.a. Kingpin. In addition to that, Cox is also rumored to appear in the upcoming Marvel series Echo, which recently wrapped production.

Here is the synopsis for She-Hulk: Attorney at Law:

“She-Hulk: Attorney at Law follows Jennifer Walters as she navigates the complicated life of a single, 30-something attorney who also happens to be a green 6-foot-7-inch superpowered hulk.”

New episodes of She-Hulk: Attorney At Law premiere every Thursday on Disney Plus. Stay tuned for the latest news regarding the MCU series and be sure to subscribe to our YouTube channel for more content!