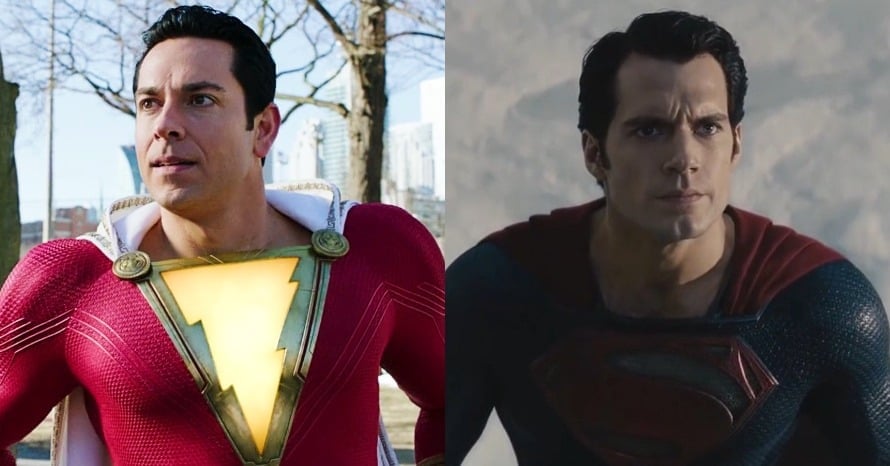 Shazam! Fury of the Gods director David F. Sandberg recently confirmed on Instagram that he has lost interest in directing a movie about Superman.

When Shazam! hit theaters in 2019, the unusually bright and comedic addition to DC’s cinematic canon proved a hit with audiences. Zachary Levi’s upbeat take on the superheroic alter ego of teenager, Billy Batson (Asher Angel), was a refreshing break from all the edge and dark color palettes of DC’s other releases. The film even finished with a fittingly wholesome cameo from another major DC hero, albeit with his face kept conveniently out of shot – Superman.

While the Man of Steel’s cameo in that first film proved a crowd-pleasing moment, David F. Sandberg, who directed Shazam! and is now working on its sequel, Shazam! Fury of the Gods, recently revealed he has lost interest in directing a Superman movie. While answering fan questions on Instagram during a power outage at his home, the director responded to one question about which other DC stories he would like to direct.

Sandberg answered that, while Superman once would have been at the top of his DC wishlist, the pressure and fan expectations that come with such iconic characters had put him off the idea:

“At one point I would have said Superman but when there are so many different expectations and hardcore fans you’re going to piss off so many people no matter what you do.

He went on to cite the recent Star Wars film, The Last Jedi, as an example of how new interpretations of beloved properties can evoke waves of outrage from fans:

“Seeing how people react to things like The Last Jedi makes me want to stay away from things like that. Shazam was perfect in that there hadn’t been that many adaptations before. There are still people who think it was done wrong but it was on a manageable level.”

It is a shame to see this kind of toxic behavior from fans driving talented directors away from major properties. Sanberg’s work on Shazam! showed he has what it takes to deliver a satisfying movie about a traditionally more uplifting character, like Superman or Shazam.

Here is the synopsis for Shazam!, Sandberg’s first foray into the DC universe:

We all have a superhero inside us, it just takes a bit of magic to bring it out. In Billy Batson’s (Angel) case, by shouting out one word—SHAZAM!—this streetwise 14-year-old foster kid can turn into the adult Super Hero Shazam (Levi), courtesy of an ancient wizard. Still a kid at heart—inside a ripped, godlike body—Shazam revels in this adult version of himself by doing what any teen would do with superpowers: have fun with them! Can he fly? Does he have X-ray vision? Can he shoot lightning out of his hands? Can he skip his social studies test? Shazam sets out to test the limits of his abilities with the joyful recklessness of a child. But he’ll need to master these powers quick.

The original film is available to own on 4K Ultra HD Blu-ray, Blu-ray, DVD, and Digital HD. Meanwhile, Shazam! Fury of the Gods will hit theaters on December 16, 2022.