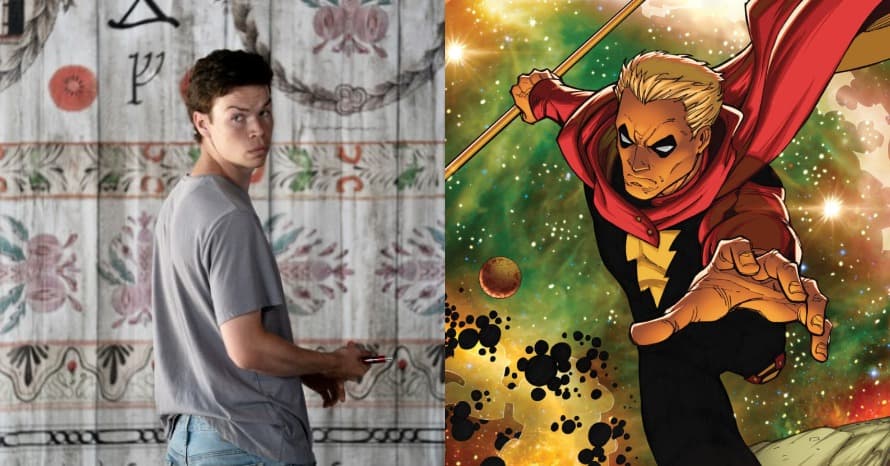 Will Poulter suits up as Adam Warlock for James Gunn’s Guardians of the Galaxy Vol. 3 in this concept design.

Marvel Studios’ Guardians of the Galaxy Vol. 3 has had a long, tumultuous road in its development. James Gunn was famously fired from the film in 2018 after controversial tweets resurfaced. He then jumped over to Warner Bros. and DC Films to write/direct The Suicide Squad and create the acclaimed HBO Max original series Peacemaker. Gunn was reinstated to his position for Vol. 3 in 2019, and recently wrapped production on the film, which includes the returning members of Marvel’s lovable misfits, as well as newcomers such as Will Poulter as Adam Warlock.

The casting of Will Poulter in the role of Adam Warlock surprised many fans, with some expecting different types of actors in the role. Poulter, a character actor known for his unconventional range in acclaimed turns in films like We’re the Millers and Detroit is yet another bold choice by James Gunn, especially for his Guardians of the Galaxy films.

In this concept design from Instagram artist @spdrmnkyxxiii, we get a look at how Will Poulter’s Adam Warlock could look like in James Gunn’s Guardians Vol. 3. You can check it out down below:

As mentioned above, Will Poulter is an actor with such a unique range. Whether it is through his comedic sensibilities as exhibited in his scene-stealing turn in We’re the Millers, or his penchant for dark roles as seen in Kathryn Bigelow’s Detroit, his range is one that will certainly fit well with the quirky sensibilities of James Gunn. Although his Guardians films are certainly the most family-friendly films of his filmography, a sense of dramatic weight is expected, given that this will conclude the trilogy of films he had planned.

Guardians of the Galaxy Vol. 3 is set to hit theaters on May 5, 2023. Stay tuned for all the latest news on the upcoming James Gunn film, as well as Will Poulter’s role as Adam Warlock, and be sure to subscribe to Heroic Hollywood’s YouTube channel for more original video content.