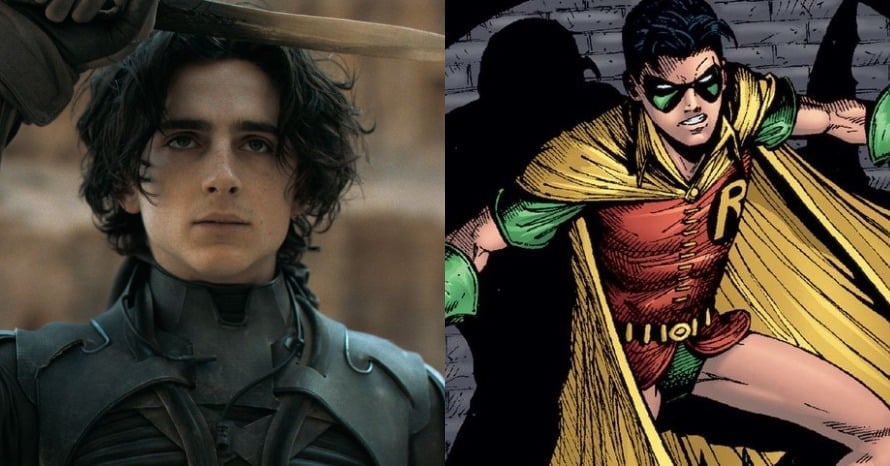 Timothee Chalamet suits up as Robin in Robert Pattinson’s The Batman sequel in this concept design.

After years of anticipation, The Batman is finally out in theaters, and critics and audiences alike are praising Matt Reeves’ new film. In particular, this new take on Gotham City and Robert Pattinson’s portrayal as the titular Caped Crusader were beloved. With this new version of the Dark Knight now established, some are curious to see if we will see Robin introduced in the future, and a popular choice for the role amongst fans is none other than Dune star Timothee Chalamet.

Timothee Chalamet, who starred alongside Robert Pattinson in Netflix’s original film The King, is often a candidate amongst fans for numerous fan-castings in comic book roles, and to play Robin in Matt Reeves’ The Batman universe is a common choice. After all, Timothee Chalamet is one of the most acclaimed actors of his generation, having received an Academy Award nomination for his performance in Call Me By Your Name.

When it comes to big screen portrayals, the character of Robin hasn’t been properly utilized on screen for quite some time. Chris O’Donnell played Robin in Joel Schumacher’s Batman Forever and Batman and Robin. Since then, no other versions of Robin have appeared in the films, but rather been alluded to in different ways. Christopher Nolan’s Dark Knight Trilogy does not include Robin in a traditional sense, but features a character by the name of Robin John Blake (Joseph Gordon-Levitt). Zack Snyder’s films reveal that Robin was killed offscreen by the Joker.

Given both Matt Reeves and Robert Pattinson are passionate fans of the Batman comics, it would be cool to see Robin implemented into the story. If the team wanted to go for a late-teens or early-20’s Robin, Timothee Chalamet would be a solid choice.

The Batman is now in theaters everywhere. Stay tuned for all the latest news surrounding the future of Robert Pattinson’s Batman, the possibility of Robin appearing in the sequel, and Timothee Chalamet’s Dune, and be sure to subscribe to Heroic Hollywood’s YouTube channel for more original video content.