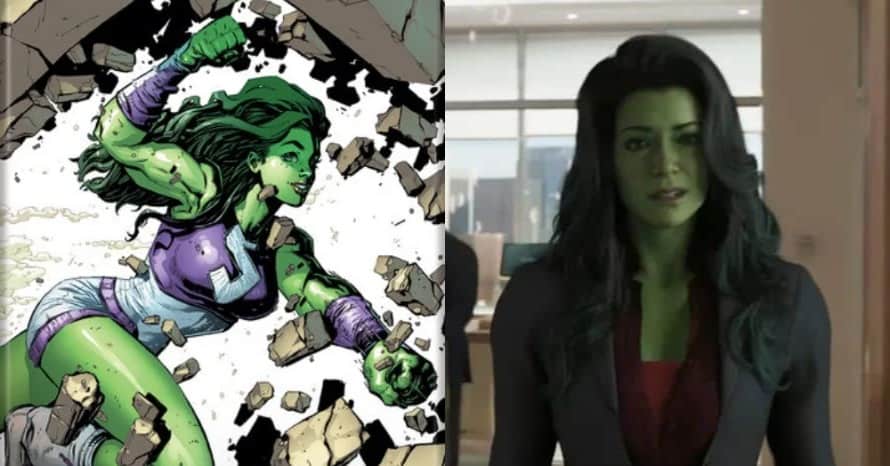 Tatiana Maslany suits up as She-Hulk in this upgraded MCU design.

Marvel Studios recently released the first trailer for their upcoming series, She-Hulk: Attorney at Law. The series, which will star Tatiana Maslany as Jennifer Walters, will explore the MCU through a new genre: a half-hour legal comedy. As the cousin of Dr. Bruce Banner/Hulk (Mark Ruffalo), Jennifer must navigate through her life as an attorney along with her superhero alter-ego.

While the trailer broke records for an MCU Disney Plus series debut, many criticized the CGI design of Tatiana Maslany’s She-Hulk. So much so, that even HBO Max Brazil poked fun at the design, comparing it to that of Fiona from Shrek. Interestingly enough, VFX designers were reportedly told not to make the character look too muscular, which made the look of her alongside her cousin the Hulk all the more jarring.

With that in mind, this concept image from Instagram artist @datriniart gives us an upgraded design for Tatiana Maslany’s She-Hulk, allowing her the muscular look that would clearly fit her character well in the MCU:

A recent photo of both Natalie Portman and Tessa Thompson in the upcoming Thor: Love and Thunder showcased the actresses’ bulked up looks, particularly in regards to Portman’s Jane Foster, who will become the Mighty Thor in the film. If those two actresses’ looks are a good source of inspiration, the MCU should embrace the bigger, muscular look for She-Hulk. Tatiana Maslany is clearly a talented actress that fits the role of Jennifer Walters well, perhaps let the VFX artists bring her to life in an upgraded design similar to the concept image seen above.

Here is the synopsis for the MCU series:

She-Hulk: Attorney at Law premieres on Disney Plus on August 17th. Stay tuned for all the latest news surrounding the upcoming Marvel series, as well as the future of the MCU, and be sure to subscribe to Heroic Hollywood’s YouTube channel for more original video content.