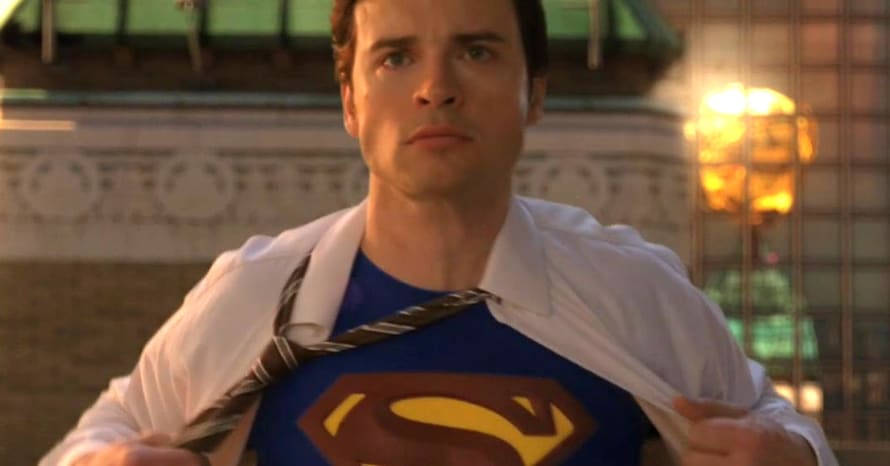 A new concept design shows Smallville star Tom Welling suiting up as Superman for the Arrowverse.

Tom Welling continues to stand out as one of the best Supermans ever put on screen. The star joined the DC Comics pantheon when he was brought on as Kal-El/Clark Kent in The CW’s Smallville, which imagined the iconic character’s origin story through the lens of a teen drama. The series was widely praised at the time of its release, paving the way for shows like The Flash and Supergirl, which were a part of the shared Arrowverse.

Unfortunately, audiences never go to see Tom Welling’s Clark Kent fully assume the role of Superman in Smallville until its finale. Of course, the point was to show Kent become Superman, not be the DC Comics hero. Nevertheless, fans have wanted to see the Smallville star fully decked out as the Man of Steel for years now and their wishes were fulfilled with the Arroweverse crossover Crisis on Infinite Earth. The Arrowverse special event saw Tom Welling return albeit without the character’s signature suit.

The Smallville star’s return as Superman was widely praised, with many hoping it would lead to an official spin-off. While nothing has been announced at this current junction, Instagram user “Spdrmnkyxxiii” has imaged what Tom Welling would look like if he spearheaded his own series in the Arrowverse.

Here is the synopsis for Smallville:

This modern retelling of the Superman mythology as an action series blends realism, adventure and emotion. Years ago, a meteor shower rained destruction on an unsuspecting Smallville, Kansas. From this tragedy grew Clark Kent (Tom Welling), who, as he learns to deal with his emerging superpowers, becomes closer to the hero of legend.

Stay tuned for the latest news regarding Smallville star Tom Welling and Superman’s Arrowverse future, and make sure to subscribe to our YouTube channel for more content!