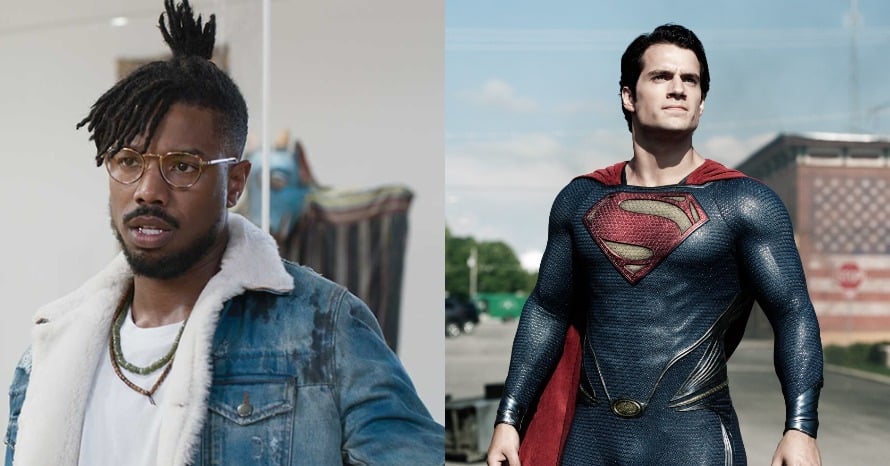 Michael B. Jordan suits up to replace Henry Cavill as Superman in this concept design.

As the future of Henry Cavill as Superman remains uncertain for the time being, fans are wondering whether or not we will see the Man of Steel star return to the DCEU in a new film. The character was featured in both Shazam! and Peacemaker, albeit without showcasing his likeness, but anything regarding a new standalone film for Henry Cavill remains unknown, while at least two Superman projects are in the works, with one film set to be produced by J.J. Abrams and written by Ta-Nehesi Coates, while the other looks to be an HBO Max limited series being developed by Michael B. Jordan. Both projects look to cast a Black actor as the Man of Steel.

Michael B. Jordan is often a popular candidate from fans to portray any new comic book character beyond his iconic role as Erik Killmonger. With the actor developing an original HBO Max Superman series, some wonder how he would look if he took over the mantle from Henry Cavill. Well, Instagram artist @valentinromeroart gives us an idea on how Michael B. Jordan would look like donning the iconic suit.

You can check out this concept art of Michael B. Jordan as Superman down below:

As one of the most in-demand actors of his generation, its understandable why fans would want to see Michael B. Jordan play Superman, whether it’d be as a new version of Clark Kent, or as Val-Zod. The actor is also known to be a big comic book fan, and has some previous DC Comics experience, having voiced Cyborg in Justice League: The Flashpoint Paradox and is also looking to produce the Static Shock movie.

Henry Cavill was last seen as Superman in Zack Snyder’s Justice League. Here is the synopsis:

Both versions of Justice League are available on HBO Max. Stay tuned for all the latest news surrounding the future of Henry Cavill as Superman in the DCEU as well as some potential new projects starring Michael B. Jordan, and be sure to subscribe to our YouTube channel for more content!