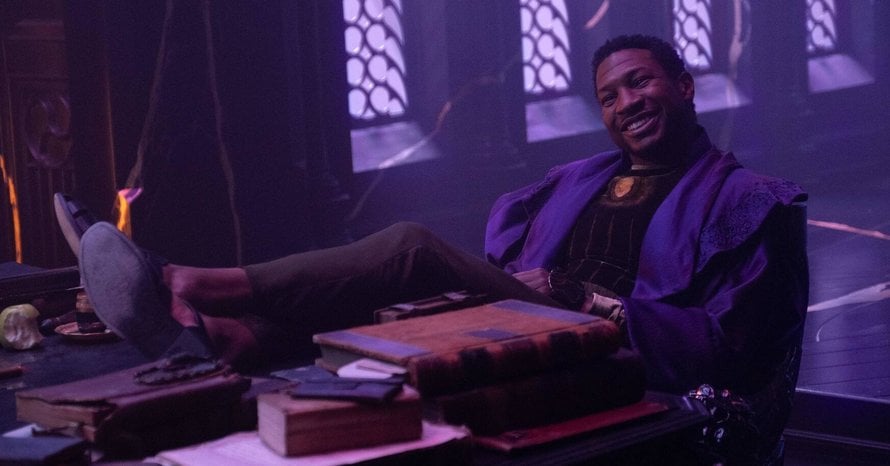 Jonathan Majors suits up as Kang for Tom Hiddleston’s Loki in this concept design.

In the first season finale for Loki, the titular God of Mischief (Tom Hiddleston) and Sylvie (Sophia Di Martino) encounter He Who Remains (Jonathan Majors), a variant of Kang the Conqueror. When the season concludes, we see a giant statue of the villain, whom is expected to have a massive role not just in the series, but the rest of the Marvel Cinematic Universe moving forward.

Jonathan Majors will portray Kang the Conqueror in the upcoming film Ant-Man and the Wasp: Quantumania, and is expected to appear in Loki Season 2. Although we do not have an official look at him donning the iconic purple likeness, this concept art from Instagram artist @spdrmnkyxxiii gives us an intriguing idea on how the character could look like:

As teased in the season finale of Loki, Jonathan Majors‘ He Who Remains, viewers should prepare themselves for perhaps the most threatening new villain in the MCU since Thanos (Josh Brolin). During his meeting at the end, He Who Remains warned, “And if you think I’m evil, just wait till you meet my variants.” Kang the Conqueror is upon us, and it’s certainly going to be a sight to behold.

Jonathan Majors made his MCU debut as Kang in Loki. Here is the synopsis:

The first season of Loki is available on Disney Plus while Ant-Man and the Wasp: Quantumania hits theaters on July 28, 2023. Stay tuned for all the latest news on the upcoming season, as well as the future of Kang, and be sure to subscribe to Heroic Hollywood’s YouTube channel for more original video content.