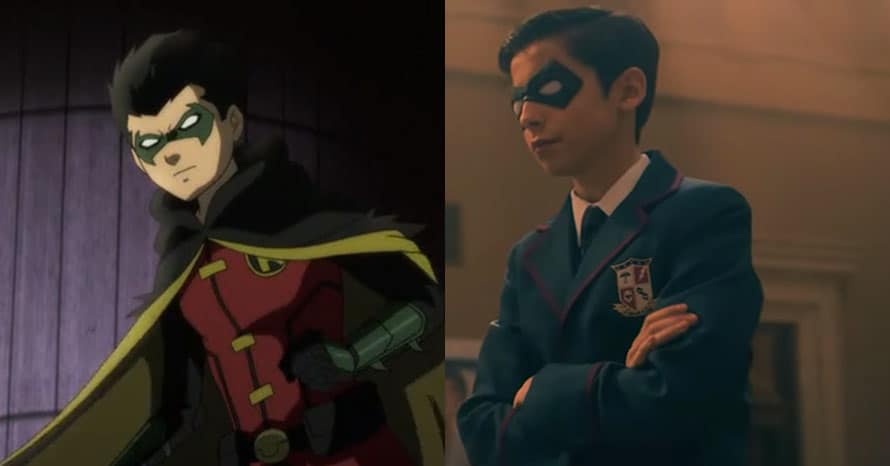 A new concept design shows Aidan Gallagher stepping into the role of Robin for Robert Pattinson’s The Batman sequel.

Matt Reeves and Robert Pattinson stunned fans earlier this month when they debuted The Batman to infectious fanfare. The highly-anticipated DC reboot was praised for its brooding nature, mature storyline, and captivating performances, especially from Pattinson. Reeves’ take on the Caped Crusader has also made a considerable chunk of change at the box office, most recently passing the $600 million mark. It remains to be seen if the Dark Knight’s first solo entry in a decade will cross the billion-dollar finish line.

While a sequel hasn’t been confirmed, fans are already what’s next for the franchise. Beyond that, audiences have already started speculating who could join Robert Pattinson on his second stint as Gotham’s hero. One name that frequently pops up is Aidan Gallagher, best known for his role in The Umbrella Academy. Born in 2003, Gallagher is young enough to take on the role and, as seen with his impressive work as Five Hargreeves, has the chops to hold his own against Pattinson.

Artist Mizuri has crafted an interesting concept design that sees Aidan Gallagher stepping into the role of Robin for Robert Pattinson’s The Batman sequel. You can check out the edit below.

While a sequel to The Batman hasn’t been explicitly confirmed, Matt Reeves and Reeves Pattinson have openly discussed what they would like to see in the project. In a recent interview with Josh Horowitz of the Happy Sad Confused podcast, Reeves briefly touched upon how folding Robin into the franchise would be interesting.

“There have to be emotional stakes so you get drawn into that character’s story. I don’t want that character to become a cipher- I don’t want it to be like, okay, so we saw that it wasn’t an origin tale but it was kind of (Batman’s) origins, and now he’s just perfect,” Reeves relayed. “No, you need to test the character again, again and again, and for me, there might be something (in bringing in Robin).”

The Batman is now playing in theaters. Stay tuned for all the latest news surrounding the film’s box office performance and Batman’s on-screen future, and subscribe to our YouTube channel for more content!