Samuel L. Jackson Tells Marvel Nick Fury Should Have Been In Civil War 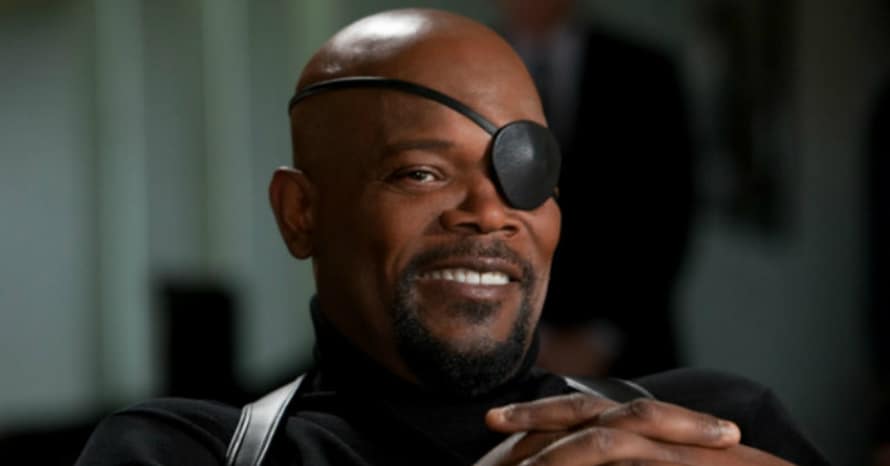 Captain America: Civil War saw a whole host of Avengers turning on each other, but Samuel L. Jackson thinks Marvel should have invited Nick Fury to sort things out.

The Avengers were torn apart and turned on one another in Captain America: Civil War, when the Sokovia Accords demanded the superhero team submit to the control and oversight of a United Nations panel. While those who sided with Tony Stark wanted to sign the accords and earn back some public trust and accountability, Captain America and his allies rejected the idea the Avengers should be controlled by the agendas of others.

During the events of the film, the Hulk and Thor were both off-world and therefore absent from the conflict. Nick Fury had recently faked his death, during Captain America: The Winter Soldier, and so was remaining in hiding – something Samuel L. Jackson apparently took issue with.

While speaking at an actors roundtable hosted by The Hollywood Reporter, Samuel L. Jackson touched on his interactions with Marvel during the making of the upcoming Secret Invasion series for Disney Plus, which will see him return to the role of Nick Fury. Jackson mentioned that he still tells the people at Marvel that he should have been included in the events of Civil War:

“And I fussed at them, I still fuss at them, about Civil War because I’m like, ‘How could the kids fight and Nick Fury not show up?’ Like, ‘What’s going on here? Everybody go to your room.’ But they didn’t need me for that. They did, but they didn’t.”

It’s interesting to hear Jackson’s take on Civil War and where Nick Fury could have fit into the narrative. After bringing the Avengers together in the first Avengers film and then coming to their aid in Avengers: Age of Ultron, Nick Fury certainly would have had a few stern words to say when he saw the heroes turning against one another. However, the decision to leave him out of the movie put the pressure on the heroes themselves to resolve their differences and find a way forward.

Jackson also touched on what fans can expect to see from Nick Fury in Secret Invasion and how the series will explore a different side to the character:

“Well, I can have a whole life as Nick Fury that’s not Nick Fury at work. You know, we get to go home with me and see what happens with me at home or when I’m alone or when I’m not so strong and Nick Fury, or when I take off a back brace because Nick Fury is old. (Laughs.) Some things that you can do that you can’t normally do [in the films] because the character has to present this (trumpeting heroically) duh-dunna-duh kind of front, and that’s what the movies are for. And when you get to do it in longform, you get to show even superheroes have their down moments.”

The latest Marvel series to hit Disney Plus is Ms. Marvel. Here is the synopsis:

Ms. Marvel is now streaming on Disney Plus, with new episodes released every Wednesday. Stay tuned for all the latest news surrounding the Disney Plus series and subscribe to our YouTube channel for more original video content.