Russia’s invasion of Ukraine is redrawing the geopolitics of space 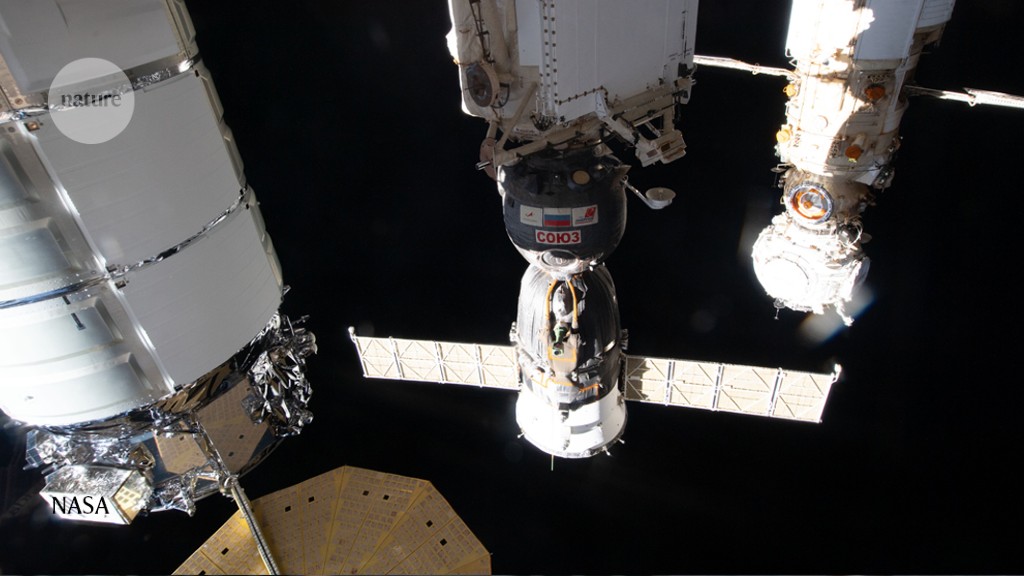 Russia’s invasion of Ukraine is redrawing geopolitics not only across the planet, but also in space. International collaborations are being shaken to the core as space agencies and researchers grapple with the ramifications of the war.

Among the biggest questions is the fate of the International Space Station (ISS), the orbiting outpost that is currently home to two Russian cosmonauts, four US astronauts and one European astronaut. Since 2000, when people first moved in, the ISS has generally managed to stay out of Earth-bound politics — but the Ukraine conflict could change that.

“The mood on board is probably similar to here on Planet Earth about this tragic situation,” says John Grunsfeld, a former NASA astronaut. “Keep in mind, the crew does fly over Ukraine and can look down and see the devastation, the fires and the smoke. It must just be very tense.”

Other collaborations in space are also throwing up new challenges, as Russia and Western nations pull out of joint projects. Many that remain face uncertain futures.

The war is ending partnerships that began three decades ago to bridge the divide between Russia and the West. “This will fracture that relationship built after the end of the cold war,” says Asif Siddiqi, a historian at Fordham University in New York City. “When historians look back, it will be 1991 — the collapse of Soviet Union — to 2022.”

By design, the ISS relies on Russia working together smoothly with 14 other nations. Part of the station is Russian-built and operated by cosmonauts, and the other part is built and run by the US, European, Japanese and Canadian space agencies. Each is dependent on the other for key services: the NASA-led side of the station provides electrical power to the Russian side, while Russia provides the orbital boosting that is occasionally needed to stop the ISS from falling to lower altitudes and disintegrating in Earth’s atmosphere.

According to NASA, the space station is operating as usual. None of the astronauts or cosmonauts on board has said anything publicly about the invasion of Ukraine. On 9 March, astronaut Matthias Maurer released an upbeat video tour of Europe’s science laboratory on the ISS.

“Astronauts and cosmonauts talk about how human spaceflight is beyond geopolitical tensions, because you can have cooperations that don’t exist on Earth,” says Julie Patarin-Jossec, a sociologist in Paris who has studied the relationships among the ISS partners. But now, “it’s the first time since the cold war that geopolitical tensions on the ground have had a negative impact on human spaceflight”.

On Earth, the tensions are more apparent. The head of Russia’s space agency, Dmitry Rogozin, has been posting provocatively on social media, including tweeting a video of technicians taping over the flags of other nations on a Russian-built Soyuz rocket. Meanwhile, a Russian state-owned media organization produced a satirical video showing the Russian components of the ISS detaching from the rest.

Despite this, NASA says that its ISS operations with Russian involvement continue as planned. Three cosmonauts are to launch on a Soyuz rocket to the ISS from Kazakhstan on 18 March, and two cosmonauts and one NASA astronaut will depart the station on a Soyuz and land in Kazakhstan on 30 March.

Research aboard the station seems to be mostly continuing. According to NASA blog posts, astronauts have been working on experiments including into long-term spaceflight health and investigating how flames behave in microgravity. Future experiments continue to be planned, says Douglas Matson, a mechanical engineer at Tufts University in Medford, Massachusetts, who heads an advisory committee for US scientists who want to do research aboard the ISS. “It doesn’t appear that there is any change in the relationships,” he says.

Yet the fate of at least one experiment, the German–Russian plasma crystal laboratory called PK-4, remains uncertain. The project had been co-led by the German Aerospace Center, which has ceased all collaborations with Russia. The European Space Agency (ESA) declined to comment on the status of the experiment.

More broadly, Russia’s space partnerships are fraying along geopolitical lines. The country halted launches from Europe’s spaceport in French Guiana and stopped rocket engine sales to the United States. Rogozin announced on 26 February that Russia would no longer work with NASA on a planned mission to Venus called Venera-D (although the two agencies did not have a formal relationship to do so). ESA is looking for a new ride for its ExoMars rover mission, after its launch aboard a Russian rocket this year was cancelled. And a German astronomy team, led by the Max Planck Institute for Extraterrestrial Physics in Garching, switched off a German-built instrument on the Russian astronomical observatory Spektr-RG halfway through its planned observations.

NASA does, however, continue to rely on a communications system in Russia to help to relay data from its Mars spacecraft back to Earth. The future of that remains unclear. NASA also has four science missions with Russian-led instrument teams, such as the neutron detector on its Curiosity Mars rover. All continue to operate.

In the years to come, Russia’s space agency will probably align itself more strongly with the rising space power of China, Siddiqi says. The two countries are already collaborating on tentative plans for a Moon base. Western and Russian space agencies had been pulling farther apart in recent years, driven in part by personalities such as Rogozin. “The Ukraine invasion just sort of broke it,” Siddiqi says.

Ukraine itself has a large space industry, known for its post-Soviet work on radars, missiles and rockets. The work is centred near the city of Dnipro — where Russian missile strikes have been reported.