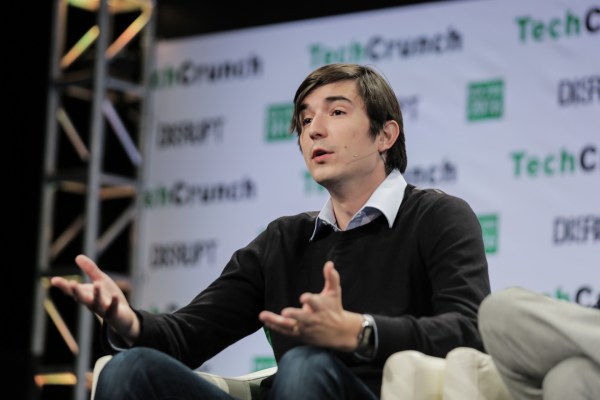 After a difficult first quarter, investing app Robinhood is doubling down on new product launches, particularly in its crypto unit, in hopes they will help buoy the business. CEO Vlad Tenev announced the company’s plans to roll out non-custodial crypto wallets at the Permissionless DeFi conference in Florida today.

The market environment has posed challenges for the company as trading volumes have plummeted. Robinhood’s net revenue dipped 43% to $299 million in Q1, with crypto trading revenue specifically falling 39% to $54 million (meaning crypto trading accounted for about 18% of Robinhood’s total revenue before the end of March).

Robinhood has been actively growing its crypto arm since the end of Q1 in a bid to attract users and boost trading volume. In the last month or so, the exchange has rolled out custodial crypto wallets to its users, listed four new coins including Solana and Shiba Inu, and announced it would integrate with the Bitcoin Lightning Network to enable faster, lower-fee transactions.

22 million customers interact with its crypto products today, Robinhood CTO Johann Kerbrat told TechCrunch in an interview. With a custodial wallet, Robinhood holds the private key on behalf of a user, meaning that users can invest in crypto by tracking its price movements but they cannot directly transact with their crypto funds.

Now that it’s launching a non-custodial wallet, users will be able to access and manage their own digital assets, including cryptocurrencies and decentralized apps (dApps) including NFTs, Kerbrat said. Kerbrat sees two key areas of differentiation for Robinhood’s non-custodial wallet — its user-friendly design and no-fee setup for customers.

The waitlist for the wallet will launch next week with the rollout starting at the end of the summer, he added. The company’s goal is to have the wallet available to all users across the globe by the end of 2022.

Coinbase, another popular crypto exchange, also offers two types of wallets — custodial and non-custodial — in two different apps, the latter being Coinbase Wallet. Coinbase Wallet is free to use but does pass on individual transaction fees to its users.

Robinhood, in contrast, won’t charge its customers any fees for using its non-custodial wallet, including network fees for trading and swapping crypto, Kerbrat said.

The Robinhood non-custodial wallet, which Kerbrat said still hasn’t been officially named, will operate as a standalone app. In addition to allowing users to store NFTs in the wallet, it will also serve as a point of connectivity to the decentralized finance (DeFi) ecosystem, giving customers access to DeFi protocols through which they can earn a yield on their coins by lending or staking them, Kerbrat said.

To set up an account, users won’t need to share any personal information with the exchange unless they choose to connect their non-custodial wallet with their Robinhood app, he added.

“We want to make sure that there’s still a good tie between the two products. If you want an on-ramp or off-ramp from fiat to crypto, you can use Robinhood, but you’re not forced to do it,” Kerbrat said.

Kerbrat hopes the announcement today will encourage dApp developers and protocols to integrate with Robinhood’s wallet.

“We still think that the main reason why many people are not using non-custodial wallets is that it’s too complicated on top of the fees everywhere. And so we don’t want to just do a project — we actually want to really help understand what’s going on and integrate to dApps.

Robinhood’s shares soared over 20% last week after FTX, a crypto exchange run by billionaire Sam Bankman-Fried, disclosed that it had bought a 7.6% stake in the company. The stock was trading around $10 per share as of noon EST on Tuesday, still markedly below its 52-week high of $85.