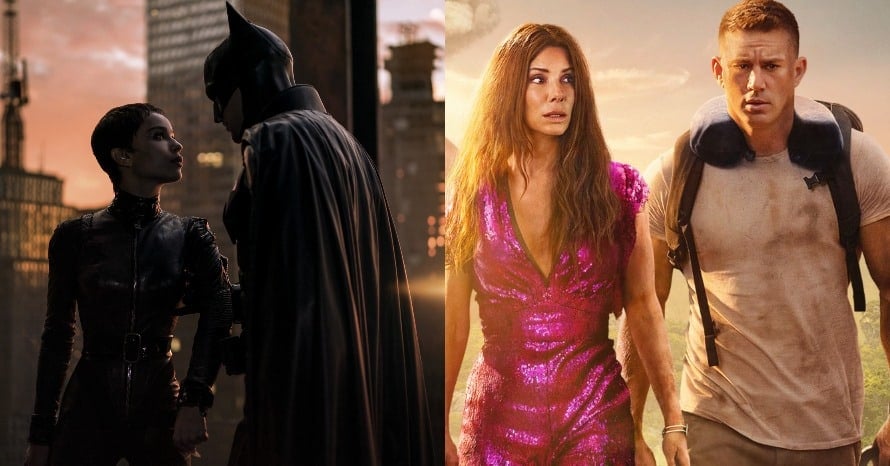 Robert Pattinson’s The Batman has been dethroned at the box office by The Lost City.

After three weeks in a row at the top spot, The Batman finally gets dethroned at the U.S. box office. This week, the Robert Pattinson film was at the #2 spot, grossing an estimated $18.7 million in three days, bringing its domestic totals to around $330.1 million.

Paramount Pictures’ The Lost City, which stars Sandra Bullock and Channing Tatum, debuted at #1 this weekend, earning $31 million at the domestic box office. Having unseated Robert Pattinson’s The Batman, the film is one of the more successful box office debut for an original film not based on a pre-existing intellectual property.

Along with topping Robert Pattinson’s The Batman this weekend at the box office, The Lost City is also the third 2022 release for Paramount Pictures to top the box office, the first being Scream and the second being Jackass Forever. The studio’s next big release, Sonic the Hedgehog 2, is looking likely to continue that trend.

Behind both The Lost City and The Batman, the Indian film RRR opened at #3 with $9.5 million, the anime film Jujutsu Kaisen 0 came in at #4 with $4.58 million, and Tom Holland’s Uncharted came in at $4.6 million in its sixth weekend at the box office.

The box office debut of The Lost City is certainly encouraging for a studio like Paramount Pictures, who has had some struggles in recent years, with a few notable exceptions including the success of John Krasinski’s A Quiet Place films. The studio is looking to have a solid year so far thanks to having Scream, Jackass Forever, and The Lost City all open at #1, and with Sonic the Hedgehog 2 on the way, it looks like things are looking up for the studio.

Both The Batman and The Lost City are playing in theaters now. Stay tuned for all the latest news on the box office numbers, and subscribe to Heroic Hollywood’s YouTube channel for more original video content.