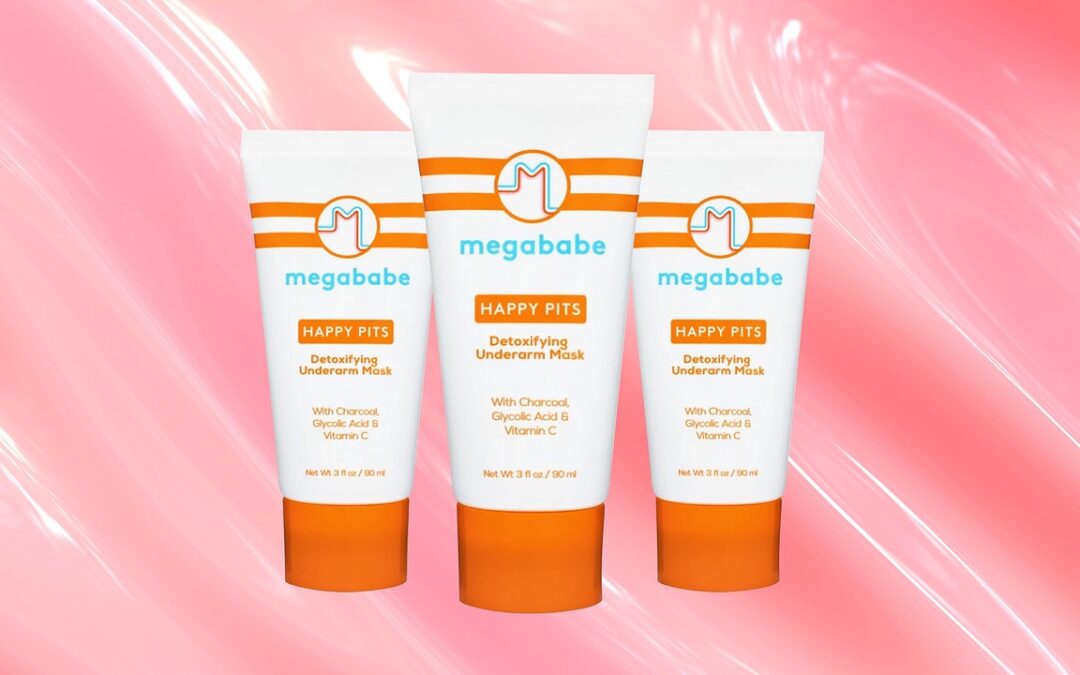 But Megababe has created a product that helps you reduce that newfound odor so you can finally enjoy living the natural deodorant life without anyone else sniffing you out. The Happy Pits Underarm Mask, $16, is a potent cocktail of vitamin C, glycolic acid, and charcoal, ingredients you likely already know and love because you’ve used them on your face.

Charcoal is basically a dirt vacuum for skin, according to cosmetic chemist Ni’Kita Wilson. “When dirt and oil in your pores come in contact with the carbon, they stick to it — and then get washed away when you rinse,” she previously told Allure. Meanwhile, the mask’s vitamin C and glycolic acid work together to fight discoloration and protect skin from everyday pollutants.

As instructed by the brand, I use this mask twice per week on clean and dry skin. You know when you’ve just taken a shower and you’re just hangin’ around in your towel because you’re too lazy to put on real clothes? That’s when I use it (hence my very sexy towel wrap situation above. She’s single, folks!). Might as well because this is not something you can use while clothed — and you don’t want to risk it washing away while you’re actually in the shower. Thanks to its squeezy tube packaging, this mask goes on quickly and without mess, similar to how you swipe on deodorant. During the five brief minutes I leave it on, I can feel a slight, refreshing tingle, which is how I know the glycolic acid is working its magic.

After my five minutes are up, I wipe the mask away with a warm, damp cloth, leaving a fresh feeling and less irritated skin in its wake. I’m a sweaty person in general — seriously, if there were a sweaty award, I’d win it — but the absorbing powers of the charcoal in this mask really do the trick.

It stays pretty wet when it’s on, by the way, so I recommend just lying back and enjoying the short amount of time during which you don’t have to do anything. That’s low-key my favorite thing about this mask; yeah, it helps me reduce sweat and odor, but it also forces me to have five motionless, responsibility-free minutes every now and then. There isn’t much that can get this busybody to do that without complaint.