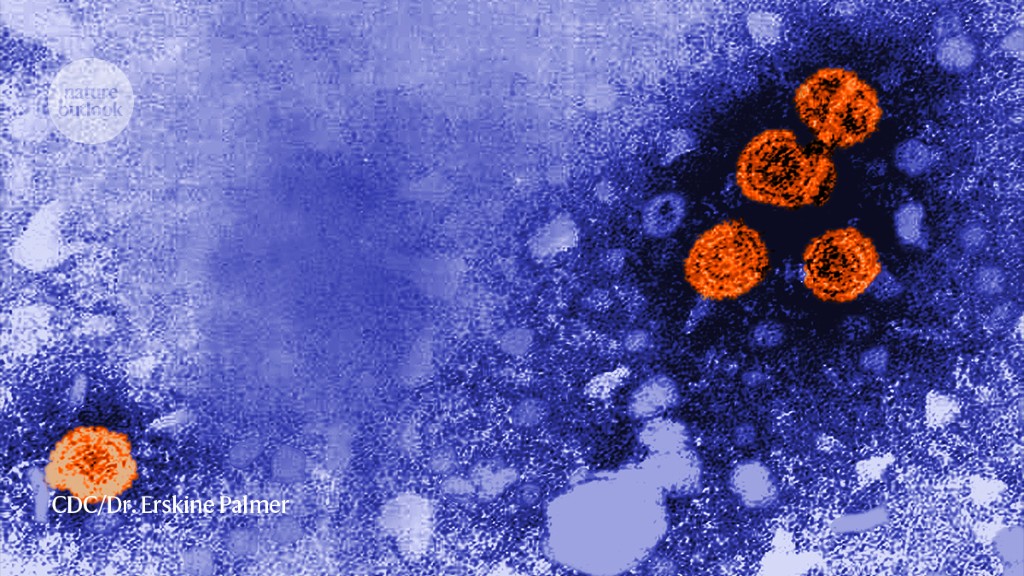 Hepatitis B infections are a major cause of hepatocellular carcinoma (HCC), which kills more than 700,000 people globally every year. The virus drives cancer by rearranging human chromosomes — but exactly how and when it does so was uncertain. Last November, a study by José Tubío at Spain’s University of Santiago de Compostela and his colleagues changed that.

The researchers sequenced 296 HCC samples along with matched, cancer-free blood samples from the Pan-Cancer Analysis of Whole Genomes project using long-read technologies. They found that hepatitis B virus (HBV) had integrated into the human genome nearly 150 times in 51 samples. A subset of 23 samples showed that viral integration had triggered unique, dramatic changes, with megabase-sized chunks chopped off the ends of chromosomes. Those changes led to giant interchromosomal rearrangements, including fusions resulting in chromosomes with two centromeres. The integrations also resulted in the loss of tumour suppressor genes such as TP53. The work is “the first to show that HBV integration results in the deletion of tumour suppressor genes”, says virologist Peter Revill at the Peter Doherty Institute for Infection and Immunity in Melbourne, Australia. Using techniques based on mutational rates to estimate the timing of the viral integration, the team discovered that in some cases, the virus was probably present more than 20 years before the cancer was diagnosed.

The findings underscore the importance of studying how HBV integrates into the genome of liver cells, Tubío says, and suggest that early antiviral therapy might help to prevent cancer-causing mutations. Currently, people with chronic HBV infection can carry high levels of virus, but aren’t eligible for treatment because they show no signs of liver disease. “This study shows that the precursors to HCC are present very early, suggesting early initiation of therapy could be beneficial,” Revill says.

Since 2009, the World Health Organization has recommended that babies be vaccinated as soon as possible after birth — ideally within 24 hours — to prevent infections transmitted by mothers who carry HBV. But these vaccinations have been slow and difficult to implement, particularly in rural areas where home births are common and cold storage is inaccessible.

To estimate the importance of this first dose, Margaret de Villiers at Imperial College London and her colleagues modelled the course of the HBV epidemic in 110 low- and middle-income countries, tracking current rates of infection, treatment and vaccination, as well as deaths caused by HBV-related cancer and cirrhosis. Last October, they reported that continuing to vaccinate newborns at the same rate as in 2019 would not achieve the WHO goal of eliminating new HBV infections by 2030. Delays caused by the COVID-19 pandemic would probably boost the number of deaths by 15,000 deaths — mostly after 2050. “Because it’s often many decades between vaccination and death from HBV-related cancer or liver disease, people don’t recognize the connection between the vaccine and preventable deaths,” de Villiers says.

The study is “well done and realistic”, says hepatologist Jordan Feld at Toronto General Hospital Research Institute in Canada. Other strategies are important, too, he adds.

For instance, in a trial conducted in the Democratic Republic of the Congo, results of which were published last August, paediatric infectious-disease specialist Peyton Thompson at the University of North Carolina, Chapel Hill, and his colleagues found that screening pregnant women for HBV and treating those who test positive with a daily pill to reduce their viral load prevented mother-to-child transmission, even when infants were not vaccinated within their first few months. This “may be an important strategy when birth-dose vaccination is not reliably available”, Feld says. “Expanding HBV vaccination, whether by increasing infant vaccination or by implementing high-coverage birth-dose vaccination, is a hugely effective cancer prevention strategy.”

Chronic HBV infections persist, in part, because the viral genome remains in cells in structures known as covalently closed circular DNA (cccDNA), which are resistant to treatment with drugs that target replicating viral DNA. These structures, also known as episomes, continue to synthesize viral RNA and thereby cause relapses. But how they withstand treatment is not entirely clear.

In a study published last November, Jieliang Chen and Zhenghong Yuan at Fudan University in Shanghai, China, and their colleagues examined whether epigenetic changes might play a part. In cultured liver cells, the team found that episomal DNA remained stable in non-dividing cells, but was quickly lost from replicating ones. When transcription was repressed, DNA was also more resistant to antiviral enzymes. When treated with a molecule that reactivated transcription, cccDNA was once again susceptible to antiviral enzymes such as APOBEC3A.

“It’s the first time we’re showing that epigenetically repressed cccDNA is resistant to enzymes and antiviral treatments,” Chen says. The results could lead to new treatment regimens that combine transcriptional activators with other HBV drugs to reduce the persistence of episomal DNA.

In the United States, a large proportion of people with chronic HBV infection do not receive adequate evaluation or treatment, according to an analysis of medical and pharmaceutical insurance claims. Between 2003 and 2019, only half of patients with chronic HBV received comprehensive laboratory testing to determine viral load. And only 60% of those who qualified for treatment received it in the first 12 months after becoming eligible.

In a study published in last December, Mindie Nguyen of Stanford University in California and her colleagues turned to a national database to determine how chronic HBV is assessed and treated in US clinics. All of the 12,608 individuals included in their analysis had private health insurance, and nearly 70% had annual household incomes of more than $60,000 (median household income in the United States is about $67,000). Still, the team found substantial gaps in care. “A large part of this gap is sociocultural,” Nguyen says. “It’s not just about having money, education or access to care.”

Lack of knowledge of the risks of chronic HBV, stigma and patient denial are all contributing to the gaps in care, she says. Black, white and Hispanic patients were all 50–60% less likely to be receive full laboratory screening than were Asian patients. Nguyen suggests that targeted campaigns and community awareness programmes in Asian communities might help. In follow-up studies, the team aims to analyse patient communities for differences in disease based on demographics or geographic location. “This will hopefully give us the data we need to prioritize states or counties for community efforts,” she says.

Current treatments for hepatitis B involve long-term administration of antiviral drugs. These compounds suppress viral replication, but do not eliminate the pathogen entirely. According to a study published last May, one option for ridding the body of HBV is to target an enzyme involved in cholesterol metabolization.

HBV replicates only in liver cells, and can suppress immune responses — such as those by T cells — to promote persistence in chronic infections. Mala Maini at University College London and her team wondered whether blocking the action of an enzyme involved in T-cell responses to liver-cancer growth — known as acyl-CoA:cholesterol acyltransferase, or ACAT) — might also boost immune responses in HBV infections. “We see a lot of parallels between the exhausted T-cell response in tumours and in chronic HBV,” Maini says.

The researchers found that ACAT-blocking drugs helped T cells primed to respond to HBV infection to proliferate, and enhanced their activity in cultured liver and blood cells. The drug probably acts by stopping cholesterol from accumulating in T cells, and redirecting it to the cell membrane to enhance cellular function. This raises a potential problem: HBV requires cholesterol to enter cells, so the drug might worsen infections. But instead, ACAT inhibitors blocked HBV replication. “The really surprising thing was that this drug also has this direct antiviral effect,” Maini says.

The researchers plan to continue studies in animal models and human liver cells to understand the mechanisms at work. If they hold up, Maini says, ACAT inhibitors combined with antiviral and other immune-modulating drugs could offer a “relatively cheap, simple and safe approach to add to the efforts for a functional cure”.