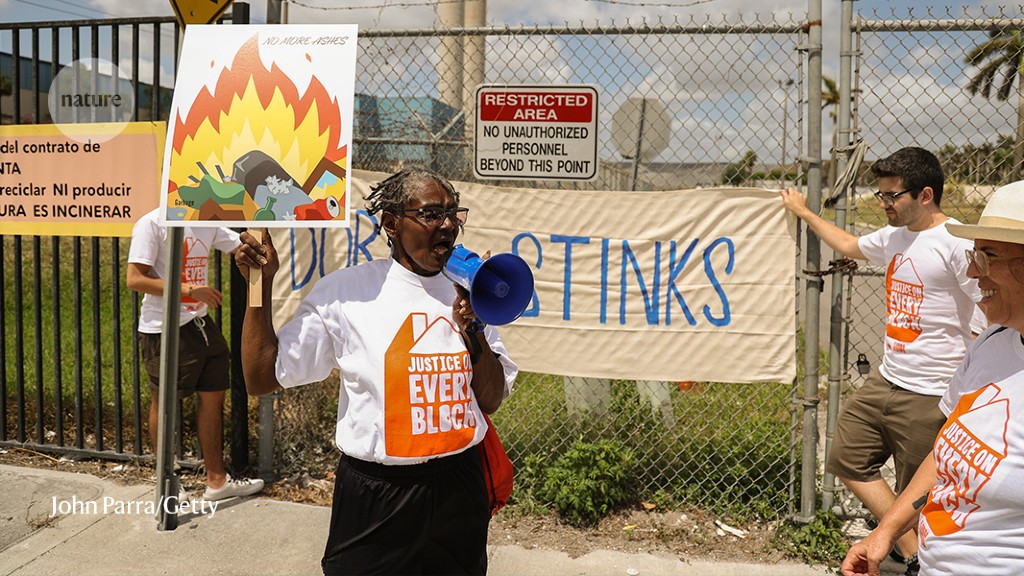 Most Americans do not think that Black people are any more likely to be affected by pollution than white people, despite significant evidence that racism is a root cause of environmental injustice in the United States, a survey has found.

Numerous research papers over the years have shown that people of colour and poor people are significantly more likely to live in areas of high pollution — a result of the deliberate construction of polluting industries in these communities, says Dylan Bugden, an environmental sociologist at Washington State University in Pullman.

But Bugden found that respondents to the survey were more than twice as likely to identify poverty as the main cause of environmental inequalities, instead of blaming structural racism. This is despite scientific evidence clearly demonstrating that “race, rather than poverty, is the primary factor behind environmental inequality,” notes Bugden in his study published in the journal Social Problems1. Additionally, many people suggested that a lack of hard work and poor personal choices were responsible for increased exposure to pollution.

“The evidence here is strong: America is in a state of denial about its racism and the unequal impacts of environmental exposures,” says Timmons Roberts, an environmental sociologist at Brown University in Providence, Rhode Island.

To investigate how Americans view environmental injustice, Budgen devised two sets of questions. The National Opinion Research Center, which operates out of the University of Chicago, distributed these through mail, telephone and face-to-face interviews to households that were randomly selected and nationally representative. They received responses from 1,000 people.

The first set of questions explored whether Americans understand the causes of environmental inequality, whether they think it is fair and whether they support policies that address it. The results showed that only one-third of people felt that Black people are more likely to experience pollution and that this inequality is unfair. By contrast, another third of the respondents acknowledged that Black and Hispanic people and the poor experience environmental inequalities but felt that it is fair. Most respondents, however, generally supported policy measures to address these issues, such as compensating people affected by pollution.

The second set of questions investigated how beliefs about hard work and social mobility along with racial attitudes influence American opinions about environmental inequality. Respondents whom the survey characterized as having an underlying bias against Black people were less likely to understand the causes of environmental inequality. They were also more likely to think that pollution is more harmful to poor communities than Black communities. Additionally, when respondents felt that people could get out of harmful living situations by, say, working harder, they were also less likely to think that Black communities disproportionately experience environmental pollution.

Bugden says the results show that there is a widespread belief in the United States that everyone has equal opportunities and that existing inequalities aren’t due to race. Instead, some Americans think that the only barriers facing minority racial groups are personal choice, responsibility and hard work, he says. He calls this phenomenon ‘colour-blind environmental racism’.

The lack of understanding that racism is causing environmental inequality undermines efforts to fix those disparities, even when the data show that race is the biggest predictor of exposure to environmental hazards, says Sacoby Wilson, an environmental health scientist at the University of Maryland in College Park.

To gain more public support for policies that address the role of racism in environmental inequality, environmental justice research needs to be better integrated into school curriculums and the media so people become more aware of the issues, says Sarah Grineski, a sociologist at the University of Utah in Salt Lake City.

The findings also have lessons for the groups and organizations trying to address environmental injustices and protect marginalized communities. These groups should consider communicating that race is the root of environmental inequalities, Bugden says. “It has got to be part of our environmental policy,” he concludes.

US President Joe Biden has promised to address environmental inequalities. His administration’s Justice40 initiative pledges that disadvantaged communities will receive 40% of the federal government’s investments in climate and clean energy. But advocacy groups have criticized the initiative because the tool it will use to decide which communities are disadvantaged does not currently factor in race. “People have this myth in their brains that poverty is the biggest driver of the differential burden of hazards when it isn’t,” says Wilson. “It’s race and racism.”