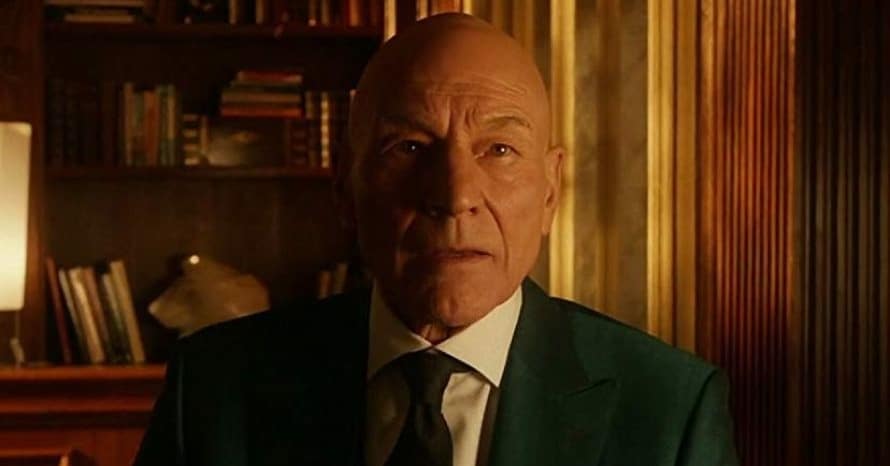 New concept art from Doctor Strange in the Multiverse of Madness shows an early imagining of the moment in which Professor X enters the Scarlet Witch’s mind.

Doctor Strange in the Multiverse of Madness broke new ground for the MCU. With the introduction of the Illuminati of Earth-838, the film gave audiences not only their first look at a member of the Fantastic Four in the Marvel Cinematic Universe, but the first appearance of an MCU mutant. Patrick Stewart reprised his X-Men role of Professor Charles Xavier, playing a new version of the character that combined his previous portrayal with the character seen in the animated X-Men series of the ’90s.

One of the most exciting parts of Professor X’s entry into the MCU was the opportunity to see him interacting with Marvel characters he had never met in live action before. As well as confronting Benedict Cumberbatch’s Doctor Strange, Patrick Stewart’s Xavier exercised his telepathic powers when he entered the mind of Elizabeth Olsen’s Wanda Maximoff.

The scene in question sees the Wanda of Earth-616 – the villainous Scarlet Witch – having taken control of the body of Wanda from Earth-838. Professor X enters a white void in Wanda’s mind, where he finds Earth-838’s Wanda trapped under a pile of rubble within the mind of the Scarlet Witch. As Xavier tries to save the innocent Wanda of his universe, the Scarlet Witch approaches him in a cloud of red smoke and – in a shocking moment – snaps his neck.

Artist Alexander Mandradjiev recently shared some of his concept artwork for Doctor Strange in the Multiverse of Madness on Instagram. The artwork includes an early iteration of this telepathic moment between Xavier and the Scarlet Witch, which features a fragmented grey backdrop in Wanda’s mind, rather than the white void which would ultimately feature in the film. Mandradjiev also shared images of Doctor Strange’s and America Chavez’s travels through the multiverse. Check out the artwork below:

Mandradjiev clearly captured the creepy, ethereal quality of the scene early on. When it was ultimately played out between Patrick Stewart’s Professor X and Elizabeth Olsen’s Scarlet Witch, this became one of the most disturbing moments of the Doctor Strange sequel.

Doctor Strange in the Multiverse of Madness is in theaters now. Stay tuned for all the latest news surrounding the future of Doctor Strange and the MCU’s mutants, and make sure to subscribe to our YouTube channel for more content!