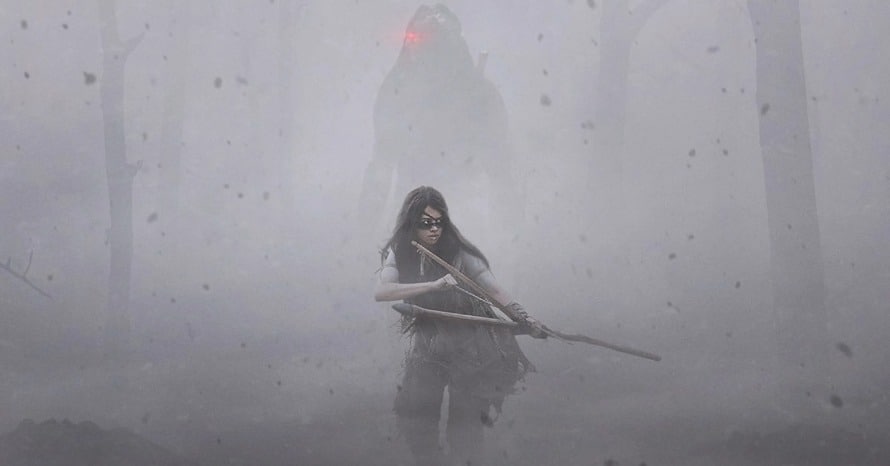 The first teaser for the upcoming Predator prequel film Prey has officially released.

20th Century Studios has a brand new action-thriller film premiering exclusively on Hulk later this summer. Titled Prey, the film is the newest entry in the Predator film franchise, and looks to be the first entry in the series since 2018’s The Predator from director Shane Black.

You can watch the new teaser for the Predator prequel film Prey down below:

After an impressive directorial debut with 10 Cloverfield Lane, Dan Trachtenberg looks to continue showcasing a knack for cinematic tension from this teaser alone. In the case of that film, it was a more confined story, whereas this one looks to be told in a more expansive environment. Either way, Prey looks to be an exciting new project that expands the lore of the Predator franchise.

Here is the synopsis for Prey:

Set in the Comanche Nation 300 years ago, “Prey” is the story of a young woman, Naru, a fierce and highly skilled warrior. She has been raised in the shadow of some of the most legendary hunters who roam the Great Plains, so when danger threatens her camp, she sets out to protect her people. The prey she stalks, and ultimately confronts, turns out to be a highly evolved alien predator with a technically advanced arsenal, resulting in a vicious and terrifying showdown between the two adversaries.

Prey will stream exclusively on Hulu on August 5, 2022. Be sure to continue following Heroic Hollywood for all the latest news on the upcoming Predator prequel film, and subscribe to our YouTube channel for more content!