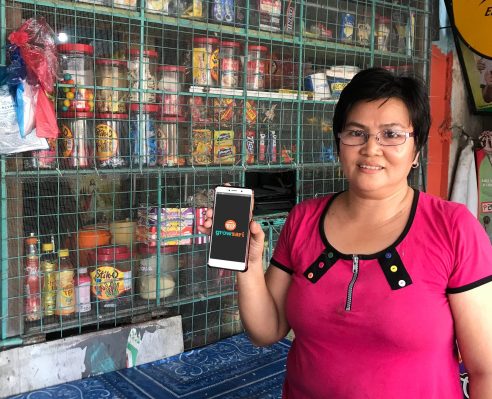 GrowSari, a Manila-based platform for digitizing small businesses in the Philippines, announced today it has added $77.5 million to its Series C round. Along with prior funding, including $45 million announced in January, this brings the round’s total to about $110 million. Investors included the International Finance Corporation, KKR, Wavemaker Partners and the Temasek Group’s Pavilion Capital.

The new capital will be used for expansion into new store formats, building a logistics and fulfillment network and hiring for GrowSari’s operations, technology and data science teams.

Co-founder and CEO Reymund Rollan told TechCrunch that GrowSari raised again because it wants to expand its fintech offerings for store owners and build its supplier marketplace, including commodities. It also plans to serve more types of MSMEs, like carinderias (small eateries), small over-the-counter pharmacies and other roadside and market shops.

Founded in 2016, GrowSari’s tools for small businesses now include inventory management, pricing tools, a logistics network and working capital loans. It also enables retailers to offer telco top-ups and bill payments. Its customers now include 100,000 stores in over 220 municipalities in Luzon, and it is planning to expand into Mindanao soon.

Other plans include adding more financial services and logistics solutions, with plans to have more than 50 fulfillment centers across the country.

In a prepared statement, Stephanie von Friedeburg, IFC’s Senior Vice President of Operations said, “The pandemic has fundamentally changed how business works,” said . “Businesses that ignore digital technology put themselves at an immediate disadvantage. Our investment will enable Growsari to expand digital adoption and financial services for MSMEs, which is critical to keep them competitive, and for a resilient and inclusive recovery.”